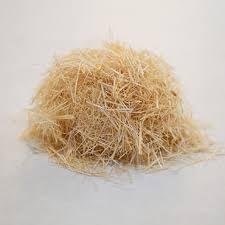 Over the last few years , ecological concerns have initiated a considerable interest in natural materials to produce “ green “ products .The rapidly increasing environ mental awareness , growing global waste problem , geometrically increased crude oil prices ( the raw material of synthetic fibres ) and high processing cost trigger the development concepts of sustainability and reconsideration of renewable resources .Asia is blessed with an abundant and diverse amount of natural fibres .In addition to the main natural fibres , cotton , linen , wool and silk , which are used for the manufacture of garments and fabrics used personally or in the home , there are a number of other types which are in use but to lesser extent .The most important of these are ramie , jute , flax , hemp , abaca ,raffia , buntal ,bicol and nettle fibres .
The Musaceae family of plants is one of the most useful in the world . It provides us with all manner of foods and industrial raw materials. Musa sapientum , for example , gives us the banana . The only distinguishing feature is that its leaves are skinnier and more upright than that of a banana . It bears fruit as well , but it is less adible than bananas . Musa textiles is a source of abaca fibre or Manila hemp.The abaca plant is indigenous to the Philippine Islands; native islanders were making textiles from its fibres when Magellan visited the islands in 1521 during his circumnavigation of the globe . The first authentic account of the use of either abaca or banana fibre in the Philippines is that given by an Englishman , Dampler ( = William Dampler ) ,who lived in Mindanao in 1686 . During the early 19 th century , supplies of abaca began to reach the Western world , and its value as a cordage fibre was quickly appreciated . It was better than hemp for many purposes , particularly in marine ropes and hawsers .Abaca was first cultivated on a large scale in Sumatra in 1925 under the Dutch , who had observed its cultivation in the Philippines for cordage since the 1800 s ,followed up by plantings in Central America sponsored by the U.S Department of Agriculture . Commercial planting began in 1930 in British North Borneo with the commencement of World War II , the supply from the Philippines was eliminated by the Japanese .
Despite the many attempts that have been made to establish abaca production in other parts of the world , the Philippine Islands remain the chief source of the fibre . Total production in 1977 was 75,000 tonnes , of which some 85 % came from the Philippines . The remainder came from Ecuador . Abaca is not only the most important fibre , but also the most important export product of the Philippines .For a number of years this fibre comprised approximately two-thirds of the total export trade of the Islands .
In the commercial world this fibre is known as ‘manila hemp ‘ or ‘manila ‘. It is often called ‘ hemp ‘ , especially locally by the English- speaking community , but this term is both incorrect and misleading , and its use should be discontinued in favour of the Spanish-Filipino term “ abaca “ . Other common names for abaca include “ Cebu hemp “ and “ Davao hemp “

Musa Textilis grows easily in the Philippines and needs little cultivation . It is also grown widely as well in Borneo and Sumatra . It is sometimes referred to as BacBac. .Abaca fibre is obtained from the leaf sheath of the abaca , Musa Textilis Nee . Abaca is indigenous to the Phillipines and is similar to banana in appearance except that the leaves are upright , pointed , narrower and more tapering than the leaves of the banana . The plant is of great economic importance , being harvested for its fibre , once generally called Manila hemp , extracted from the leaf sheath around the trunk .To make the fibre , you have to strip off the outer sheath of the trunk of the abaca plant and pull out individual fibres that run the height of the trunk . On average , the plant grows about 20 feet ( 6 meters ) tall . The leaves grow from the trunk of the plant , and the bases of the leaves from a sheath ( covering ) around the trunk ; there are approximately 25 of these , with 5 cm in diameter and from 12 to 25 leaves with overlapping petioles , covering the stalk to form a shrub , “ false trunk “ or pseudo trunk about 30 to 40 cm in diameter . They grow in succession , with the oldest growing from the bottom of the trunk and successively younger ones from the top . The sheaths contain the valuable fibre . The coarse fibres range from 5 to 11 feet in length . They are composed primarily of the plant materials such as
a. Cellulose.
b. Lignin.
c. Pectin
The plant is normally grown in well –drained loamy soil , using pieces of mature root planted at the start of the rainy season . Growers harvest abaca fields every 3-8 months after an initial growth period of 18-25 months and a total lifespan of about 10 years . Harvest generally includes having several operations concerning the leaf sheaths . Harvesting abaca is labouious . Each stalk must be cut into strips which are scraped to remove the pulp . The fibres are then washed and dried .
Following are the three steps involved ;
1. Tuxying ( separation of primary and secondary sheath ).
2. Stripping ( getting the fibres ).
3. Drying ( usually following tradition of sun –drying .)
The fibres can then be spun into twines or cordage . Lupis is the finest quality of abaca . Sinamay is woven chiefly from abaca . The world ‘s leading abaca producer is the Philippines , where the plant is cultivated on 130,000ha by some 90,000 small farmers . While the crop is also cultivated in other Southeast Asian countries , the Philippines ‘ closest rival is Ecuador , where abaca is grown on large estates and production is increasingly mechanized .In 2007 , the Phillipines produced about 60,000 tonnes of abaca fibre , while Ecuador produced 10,000 tonnes . World production is valued at around 30 million dollars a year .Almost all abaca produced is exported , mainly to Europe , Japan and the USA . Exports from the Phillipines are increasingly in the form of pulp rather than raw fibre .

Abaca fibre is considered as the strongest among natural fibres . It is classified as a hard fibre , along with coir , henequen and sisal . The length of the fibre varies from 3 -9 feet or more depending on the height of the plant and the age of the leafsheath . The colour of the fibre ranges from ivory white to light and dark brown . Abaca rope is very durable , flexible and resistant to salt water damage .
Abaca is the premier cordage fibre of the world .It is a structural ( hard ) fibre obtained from the outer layers of the overlapping leaf sheaths which form the stalks of the abaca plant . It is very light ,strong , and durable . When properly extracted and dried , it is also of white , lustrous colour . One particular feature of the abaca fibre which emphasizes its superiority over all other fibres of its class is its great strength and its resistance to the action of water , hence its particular adaptability for marine ropes .Abaca is a leaf fibre , composed of long slim cells that form part of the leaf’s supporting structure . Lignin content is a high 15% .Abaca is prized for its great mechanical strength , buoyancy , resistance to salt water damage , and long fibre length – upto 3 m. . The best grades of abaca are fine , lustrous , light beige in colour and very strong .

During the 19 th century abaca was widely used for ships’rigging and pulped to make sturdy manila envelopes.
The fibre was originally used for making twines ,ropes ,fishing lines and nets , as well as coarse cloth for sacking . as well as the Manila envelope ; now most abaca is pulped and used in a variety of paper –like products including filter paper , tea bags , vacuum bags and bank notes . It can be used to make handicrafts like bags , carpets , clothing and furniture . It is used in rope,hawsers , ship’s lines and fishing nets .
Abaca fibre , famous world-wide as Manila Hemp , is versatile and flexible in its use .It ‘s principal use ranges from industrial cordage , handicraft , fashion products such as hats and accessories , home and houseware and decorative products .Speciality use includes the manufacturing of speciality paper such as in the case of the Japanese Yen , while Hygienic applications incude the production of coffee and tea bags , sausage casing and textile dye filters . The use of the abaca fibre though is not limited to those mentioned above. Paper made from abaca pulp is used in stencil papers , cigarette filter papers , tea –bags and sausage skins , and also in currency paper ( Japan’s yen bank notes contain up to 30 % abaca )
The spinning mill development department is exploring the possibility of using abaca fibre with other natural fibre and synthetic blends and making yarn and weaving into shirtings, suitings and dress materials. There is also a flourishing niche market for abaca clothing , curtains , screens and furnishings .
Mercedes Benz has used a mixture of polypropylene thermoplastic and abaca yarn in automobile body parts . Production of abaca fibre uses an estimated 60 % less energy than production of glass fibre .