The commerce and industry ministry is trying to prepare a road map and a scoping paper to quickly start review of free trade agreements (FTAs) with Japan and the Association of South East Asian Nations (ASEAN), according to minister handling the portfolio Piyush Goyal, who recently said a review of an FTA with South Korea is also under way.

On the proposed mini trade deal with the United States, Goyal said India is waiting for the new US trade representative (USTR) to come in and New Delhi also has to hear from the new US administration about the deal.

“We also have certain thoughts about it. It’s only after we engaged with the new US administration that we can comment on that,” he told reporters.

“Once the new USTR is in office, we will start a dialogue with them to look at how we can expand our business and international engagement with them both on market access, and tariffs…,” he said.

About a proposal submitted by India and South Africa for relaxing certain provisions in intellectual property (IP) agreement of the World Trade Organisation (WTO) to contain the COVID-19 pandemic, the minister said about 100 countries have already supported the proposal and there is some resistance from the developed world.

“We are working along with other countries to try and come to a common position,” he was quoted as saying by a news agency.

India and South Africa have submitted a proposal suggesting a waiver for all WTO members on the implementation, application and enforcement of certain provisions of the TRIPS Agreement in relation to the prevention, containment or treatment of COVID-19.

The Agreement on Trade-Related Aspects of Intellectual Property Rights or TRIPS Agreement came into effect in January 1995. It is a multilateral agreement on intellectual property rights such as copyright, industrial designs, patents and protection of undisclosed information or trade secrets.

The minister also hoped that the WTO would quickly put in place the appellate body of the dispute settlement system and the benefits of special and differential treatment (S&DT) will continue for perpetuity or for a longer period of time.

The S&DT allows developing countries to enjoy certain benefits including taking longer time periods for implementing agreements and binding commitments, and measures to increase trading opportunities for them.

He hoped that various negotiations, such as those on e-commerce, which are continuing on a plurilateral basis move to multilateral negotiations.

He added that the ministry is planning to roll out the next foreign trade policy on April 1. 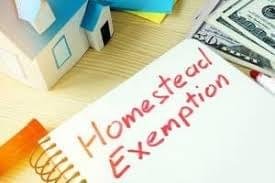