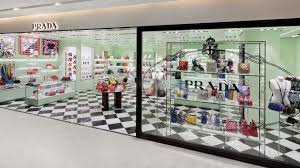 An Italian luxury fashion house, Prada Group has reported a dip in its net revenues to € 938 million in H1 of the fiscal year 2020 as compared to the € 1.5 billion revenue in the previous year. The company has also reported a net loss of € 180 million for the H1 of the financial year 2020.

“The first half of 2020 saw a temporary interruption of our growth trajectory which, in a situation of progressive control of the pandemic, we are confident will gradually resume from the second half of 2020 when our store network will again be fully operational,” Patrizio Bertelli, Prada Group CEO, said in a press release.
Gross margin during H1 FY20 was €660 million (H1 FY19: €1.12 billion). Operating expenses reported a loss of €743 million (€975 million). Group’s EBITDA for the period fell to €155 million (€491 million).
H1 FY20 retail sales were down 32 percent to €835 million (€1.23 billion). While wholesale plunged 71 percent to €91 million (€314 million) during H1 FY20.
In the Americas, revenues were €96 million with double-digit growth in January and February but interrupted by lockdown in the later months. Revenues in Japan slipped 39 percent to €113 million where the group is seeing a recovery driven by local consumption. Whereas, in Middle East revenues dropped 44 percent to €28 million showing mixed trends with Dubai still suffering from the lack of tourism but other markets in the region sustained by better local consumption. Pratibha Syntex is committed for water conservation and its reuse