Textile is the second largest employment generating sector in India. With an overwhelming presence of textile legacy, it has played an important role in the economic interest of India. The textile industries have been influenced by government industries since 1950s and from then till now India has been able to grab a significant position in the global market. 24 percent of the world’s yarn spinning sector has been occupied by India and 8 percent of the world’s rotors. With the abundance of raw materials and skilled man power, India is one of the few textiles producing countries with the complete value chain productivity strength. This paper focuses on textile and garment sectors and impact of long-range policy support that has been a key ingredient to the growth of textile industry in India. Huge investments are being made by Government under various schemes to encourage more private equity and to train workforce.

The Indian Textile Industry activities are extremely diverse as it has hand-spun and hand-woven sector at one end and the capital-intensive revolutionary mill sector on the other. Textile industry contributes to about 14 per cent of manufacturing value-addition, out of which around one-third of our gross export earnings provides fructuous employment to millions of people. India has abundance of natural raw materials like cotton, jute and silk. Indian fine designed, embellished and crafted products are highly preferred across the globe. At present industry is growing economically with 9-10 percent every year. Indian textile industry currently upholds a share of 4.7% in world market of textiles and clothing. Prime global garment and apparel brands have started their operations in India. Textile sector is being highly encouraged by the government by various programs and policies, which has been established by the Ministry of Textiles to provide assistance and hand holding support to businesses.

Technical textiles are another important sector for textile industry in the country. It involves making products such as synthetic geo textiles, polyolefin woven sacks, architectural membranes, automobile textile, medical textiles etc. Internationally known companies such as Ahlstrom, Johnson & Johnson, Du Pont, Procter & Gamble, 3M, SKAPs and Kimberly Clark have already set their units in India to produce technical textiles. In 2014, the technical textiles contributed made a major contribution i.e. 11.43% to the total textile production in India, as per Ministry of Textiles.

The government of India has planned many schemes to promote all textile sector of India that includes social welfare schemes, insurance cover, area development as well to upgrade outdated looms, tax benefits and propaganda support, and many more. The Government initiatives that has played a major role in strengthening textile production and encourage this industry to cater to the domestic and international markets efficiently are as follows:

The old machinery and technologies used in the textile industry can affect productivity and safety. ATUFS is designed to provide stimulus to entrepreneurs and business owners for upgrading technologies. A one-time capital subsidy will be offered to business owners from Technical Textiles, Garments, and Weaving. The Central Government will provide 15% subsidy to the garment, apparel and technical textile sectors.

Other sub-sectors will receive 10% subsidy for upgradation.

A fund of $2.7 Bn has been allocated for ATUFS scheme which was launched in January 2016. The funds will be spent over the span of next seven years. ATUFS facilities are expected to receive an investment of $15 Bn and create 3 million jobs in the country.

Scheme for Integrated Textile Park has been planned to provide support for the creation of world-class infrastructure facilities for setting up of textile units.  Government of India (GoI) has grant up to 40% of the project cost subject to a ceiling of Rs. 40 crores.

However, GoI has grant up to 90% of the project cost for first two projects (each) in the States of Arunachal Pradesh, Assam, Manipur, Meghalaya, Mizoram, Nagaland, Tripura, Sikkim, Himachal Pradesh, Uttarakhand and Jammu & Kashmir; with ceiling limit of Rs. 40 crores for each textile park.

Key areas of focus include:

Textile and apparel sector in India have one of the most liberal investment policies for foreign investments. Through Automatic Route 100 per cent foreign direct investment (FDI) is allowed in India.

Automatic Route says that the non-resident investor or the Indian company do not require any sort of approval from Government of India for the investment.

The Ministry of Textile and Union Ministry of Powe have jointly launched a scheme called SAATHI (Sustainable and Accelerated Adoption of efficient Textile technologies to Help small Industries). Under this initiative, Small and Medium Power loom units will be provided with energy efficient power looms, motors and rapier kits at no advance costs by Energy Efficiency Services Limited (EESL), which is a Public Sector Undertaking under the Ministry of Power.

The Government of India has introduced Exports from India Schemes through the Foreign Trade Policy (FTP) 2015-20 with came into effect from 1st April 2015.

This skill development scheme named ‘Scheme for Capacity Building in Textile Sector (SCBTS)’ was approved by the Cabinet Committee on Economic Affairs (CCEA) in 2017 with an expenditure of Rs 1,300 crore from 2017-18 to 2019-20. The programme aims at skill development of 10 lakh youth by 2020 which covers the entire value chain of textile sector except spinning and weaving.

RECENT PACKAGES PROVIDED TO THE SECTOR

Government is formulating various New Textile Policy for overall development of the sector. Inputs from all the state governments, individuals through e-portal and different federations are being asked under broad topics like natural fibres, man-made fibres, handloom, handicrafts, power loom, technical textiles, technology and machinery advancements, infrastructure for spinning, weaving and processing and human resource development.

In Indian economy, the contribution of textile industry is immense and remarkable. The Indian textile industry stands to benefit immensely from the various textile policies initiative. The vision of these scheme has the potential to repair the segments perception and the country’s involvement in the world textile scenario. The unique combination of democracy, demography, and demand of India has enabled it to attain the utmost position in the global market. The combination of the new international strategy of the government will lead textile industry to more job creation, boosting the national economy and helped the Indian economy in grabbing global recognition. With a 100% FDI, National Textile Policy 2000, Scheme of Integrated Textile Park and other provisions provided by the government to the textile sector has been proved beneficiary to the manufacturing unit of the textile industry in India. 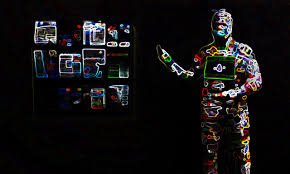 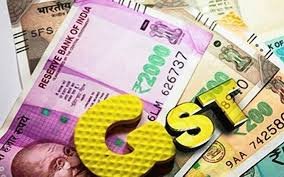