MUMBAI: The Mumbai Police questioned senior Republic TV executives over alleged manipulation of viewership figures and asked them to return on Monday, along with others from the company. Republic TV CEO Vikas Khanchandani and COO Hersh Bhandari were questioned in Mumbai on Sunday. Mumbai Police crime branch officers questioned distribution head Ghanshyam Singh at a resort in Daman.

“After the questioning of media planners and buyers threw light on the ad revenues and how TRPs play a vital role in getting advertisers on board and distribution of the ad revenues, the executives of Republic TV were questioned on the same. Both Khanchandani and Bhandari dismissed the claims of TRP being manipulated,” said a senior police officer aware of the development.

“They have been asked to come back on Monday along with documents pertaining to their body of work and the decisions they have taken or been part of which is related to advertisement revenues earned by the company.”

In a related development, a crime branch team has gone to Rajasthan in search of an accused. “We will not be in a position to disclose the name as it might alert him but this person is part of the racket that paid money to the homes where the bar-o-meters were installed and compromised to rig ratings,” said the official. “He is close to those who have been arrested.”

The police are also awaiting a report from BARC India on its probe against the India Today TV channel.

“During the internal investigation carried out by Hansa, some of the households have told that they were paid ₹200 by the arrested accused to watch this channel,” said the official. “The probe however found that households were paid to watch Republic TV. We have asked BARC to clarify on the same.”

Republic TV CFO S Sundaram, who had been asked to appear before the police on Saturday, didn’t do so citing the channel’s move to approach the Supreme Court. He wrote to the city police on Saturday night that he will only be able to join the probe after October 14 owing to the Covid-19 pandemic and his mother’s health.

Republic TV said Sunday night that the police had asked Khanchandani how the channel had gained access to a report by one of the companies that installs the monitors the meters. This report contained no reference to Republic TV, the channel said.

“The report which was bereft of any mention of Republic was the very basis of the FIR and was put into the public domain by Republic on October 10,” the channel said in its release. “Republic stands against any strong-arm tactics and access to the sources of an independent media. We consider the attempt to probe Republic sources a serious infringement and an utter violation of the right to report in a country with a free media.”

Earlier, another Republic TV COO, Priyanka Mukherjee, told the city police that she stays in Bengaluru and will be able to present herself for questioning on Monday. Apart from key managerial personnel (KMPs) of Republic TV, the police have also asked the CFO of the Fakt Marathi channel to join the investigation on Monday.

Republic TV, Fakt Marathi and Box Cinema are alleged to have engaged in manipulation “by bribing the households to increase the viewership of their channels/programmes so that subsequently their ratings increase resulting in windfall economic benefit for the said channel/programs,” according to the first information report . “A manipulated TRP rating results in several advertisers to part with huge money to undeserving channels, thereby causing unlawful losses to all the concerned parties.”

The Mumbai Police commissioner said thousands of crores in advertising revenue depend on television rating points (TRPs) while addressing a press conference on Thursday.

Viewership monitoring agency BARC India had authorised subsidiary Meterology Data (MDL) to install and operate the viewership meters through authorised vendors, including Hansa Market Research. The allegation is that confidential information regarding the location of the metered television sets was leaked and viewers paid to keep their sets tuned to specific channels.

Four people have been arrested by Mumbai Police for criminal breach of trust, cheating and criminal conspiracy. They include Hansa Market Research relationship manager Vishal Bhandari, Bompalli Rao Mistry, who has worked with film production firms, and the owners of Fakt Marathi and Box Cinema. The police are on the lookout for two people–Vinay Tripathi, another relationship manager with Hansa, and a person named Rocky, who apparently paid households to keep their televisions tuned into into Republic TV, the police said in an earlier filing before a local court. 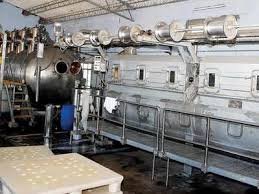 Walmart collaborates with a teen brand on clothing and household items