The Textile Ministry is considering the option of providing certain flexibilities to investors under the ₹10,683-crore production linked incentive (PLI) scheme for the man-made fibre (MMF) and technical textiles sectors to help them meet the strict timelines for achieving the mandatory prescribed minimum annual turnover.

The idea is to ensure that the industry does not miss out on incentives due to genuine problems they may encounter in their business activities, sources have said.

The Ministry, however, is not in favour of expanding the list of products eligible for benefits, as suggested by the industry, as the list had been finalised following a lot of consultations and would require another Cabinet approval if changed.

“The Textile Ministry has had another round of interaction with the industry and made a final draft of the guidelines for the scheme which has to now be approved by the Commerce & Industry Minister before notification. An attempt has been made to address genuine problems,” the source told BusinessLine.

The PLI scheme has a budgetary outlay of ₹10,683 crore.

Under the scheme, if participants fail to achieve the prescribed minimum net incremental turnover for any given year, they will not be eligible for claiming incentive for that particular year. The year the participants fail to meet the criteria will be considered as “Dies Non Year” and they will only be eligible for benefits in the remaining years of the five-year block.

“There is a possibility that there may be a couple of months delay for a beneficiary in achieving the prescribed incremental turnover in a particular year because of unforeseen circumstances such as delay in shipments, payments and anything related. There may be a case for giving them some extra time under such circumstances so that they do not lose out on their incentives,” the source said.

The Textile Ministry is considering accepting the proposal to allow flexible timeline to the Empowered Group of Secretaries on implementation of the PLI scheme for textiles, headed by the Cabinet Secretary. The group, which also includes the Textiles Secretary and Niti Aayog CEO, is empowered to make any changes in the modalities of the scheme and address any issues related to genuine hardship that may arise during the course of implementation.

In the second part, the minimum investment limit is lower at ₹100 crore, while incentives, too, are lower, starting at 11 per cent in the first year and getting reduced by 1 per cent each year in the four subsequent years. In this category, beneficiaries need to attain a minimum turnover of ₹200 crore in the first year and an incremental turnover of 25 per cent in the following four years. 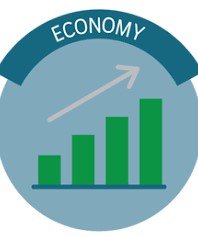 After the inclusion of other GCC nations in the FTA between India and the UAE, Indian textile exports would increase. HOW ARTIFICIAL INTELLIGENCE COULD CHANGE THE TEXTILE INDUSTRY