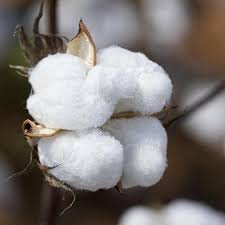 The Punjab Agricultural University (PAU) claims to have developed a new variety of genetically modified Bt cotton seed which it says is pest-resistant besides having a better shelf life as it can be used in the subsequent sowing seasons.

University officials said “The variety is in final stages of getting notified by the central sub-committee on crop standards, notification and release of varieties that functions under the Union ministry of agriculture.”

The new variety is resistant to pests such as American ballworm, pink ballworm, spotted ballworm and tobacco caterpillar, the varsity experts said. Also, the farmers will not have to buy seeds every sowing season as they can use the seed procured during the previous season, they said.

Pankaj Rathore, director, PAU’s regional research station (Faridkot), said the variety has undergone trials by the Indian Council for Agriculture Research (ICAR) and they were also supervised by the All India Coordinated Cotton Improvement Project.

“The trials were held in Punjab, Haryana and Rajasthan where our variety showed excellent results. Once it is notified, we will start our own field trials on a larger scale,” he added.

The BT-II has two genes while the BT-I the PAU launched in 2018 had only one gene.

“The new variety is an improved version of the previous one,” Rathore said.

“Generally, the private companies sell seeds which have to be purchased every season. We may start supplying this seed to the cotton growers in 2-3 years from now,” said Rathore.

Secretary (agriculture) KS Pannu said, “As the area under cotton cultivation has expanded threefold since 2017 from 4 lakh acres to 12.5 lakh acres we need new varieties which are resistant to pest attack.”

It was in 2005 that US-based firm Monsanto introduced BT cotton variety in India. “In South and central India, Monsanto seeds have become vulnerable to pink, American and spotted ballworm pests,” said Dr. Rathore. This Ajrakh printed jacket is ahead of the curve