According to The Express Tribune, Pakistan’s knitted garment makers have demanded that their government enable them to be represented in meetings about textile exports. According to a statement issued this week by Pakistan Hosiery Manufacturers and Exporters Association (PHMA) Chief Coordinator Muhammad Jawed Bilwani, Pakistan’s knitted garment exports increased by 36.57 percent in the 2020-21 fiscal year.
The share of textiles in overall exports rose from $21.4 billion in FY20 to $25.3 billion in the previous fiscal year, and the share of hosiery products came in at 15%. Pakistan’s trade minister has said that the government should have considered proposals of the knitwear sector and addressed all problems and issues of businessmen.
Pakistan’s share in the global knitwear exports stood at a meagre 1.83% last year, says Bilwani. He points out that the annual global demand for knitwear stood at $208 billion but Pakistan’s share was just %. The export of knitted bedsheets and fabric would soar to $4.5 billion if the total foreign exchange earned by the knitwear sector was included, he said.
According to The Express Tribune, he believed that Pakistan has the resources to increase hosiery exports in a short period of time. He complained, however, that the government had neglected to undertake talks with stakeholders in the knitted garments industry on increasing exports, despite inviting officials from the rest of the textile chain to meetings. 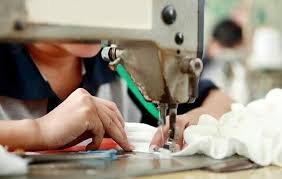