Pakistan’s textile and clothing exports declined by 64.5 per cent in April to $403.834 million year-on-year and this is the lowest level in almost 17 years — due to order cancellations and shipment delays amid pandemic-led global lockdowns, showed data released by the Pakistan Bureau of Statistics (PBS) on Wednesday.

A significant decline was seen in trade shipments since Mar 15 — the date since coronavirus cases spiked in major export destinations especially in Europe and North America. Moreover, exports through the land routes were almost non-existent during the month as Iran, Afghanistan and Pakistan shut down their respective borders to contain the pandemic.

Exports were expected to fall during the month of April as only a few buyers were honouring their import commitments with local manufacturers. It was only in February when the textile and clothing exports jumped nearly 17pc on a year-on-year basis. This growth was reported after a long time as the past few years had been marred by single-digit increases.

Among primary commodities, cotton yarn exports dipped by 63.29pc while yarn other than cotton by 70.19pc, made-up articles — excluding towels — by 63.56pc, and raw cotton 100pc. Exports of tents, canvas and tarpaulin increased by a massive 32.39pc during the month under review.

Between July-April FY20, textile and clothing exports declined 2.79pc to $10.816 billion, from $11.127bn over the corresponding period last year. In rupee terms, the proceeds of the sector jumped 14.17pc. 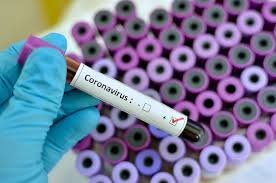