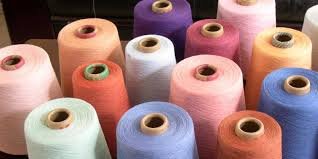 The Pakistan Yarn Merchants Association (PYMA) recently expressed its frustration at the government for not offering relief on imported raw materials to the textile industry and small and medium enterprises (SMEs) in the 2020-21 budget. Association chairman Danish Hanif also termed the imposition of a regulatory duty of 2.5 per cent on raw materials ‘disastrous’.

Hanif urged the government to provide equal business opportunities based on a uniform policy for the export, import and industrial sectors. Around 70 per cent of the need for polyester filament yarn (PFY), an important raw material for weaving, knitting and home textiles, is met by imports. PFY was subjected to a higher customs duty of 11 per cent and additional customs duty of 2 per cent and PYMA has been opposing this for three years. However, it has not been abolished, he was quoted as saying by Pakistani media reports.

PFY was subjected to anti-dumping duty ranging from 3.25 per cent to over 11 per cent for imports originating from China and Malaysia. The protection offered to domestic manufacturers was already excessive, and with further imposition of 2.5 per cent regulatory duty in this budget, it would be grossly unjust and a disincentive for exports and industrialisation, Hanif said.

The proposal for a 3 per cent value-addition tax on commercial importers of PFY at the import stage is a very harsh and unrealistic tax and would end up increasing the cost to the SME sector, he added. LANXESS India adds to employability through its vocational skill centre Textile recycling plant will be opening in Finland