Otto most desired menswear in India, Peter England next. 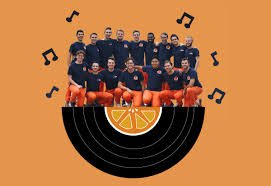 Indian apparel brand Otto has won the title of the Most Desired Menswear for the second year in a row, according to TRA Research’s Most Desired Brands 2020 survey for India that said Otto has won hearts of its customers through promised quality and impeccable fashion trends. Peter England rose a step to capture the second rank in the survey.

Zodiac ranked third, followed by Cantabil, while Mufti fell by a rank to come fifth in the menswear category.

The booming economy and changing lifestyle preferences have compelled Indians to be more health conscious, an aspect which also gets reflected in their brand choices, the survey found.

The sportswear apparel industry is also now among the most in demand in India among different apparel segments. Nike topped this category, while Adidas captured the second rank. Puma and Reebok were at the third and fourth positions. A new entrant, Umbro, followed these at the fifth rank, with Fila concluding the list at the sixth.

E-commerce major Amazon is the most desired internet brand in India, followed by Google. According to survey, of the 30 brands listed in the Internet category, 16 are Indian, 12 are US and two are Chinese.