Paris – Paying homage to hip-hop culture, Virgil Abloh has brought together two biggest brand partners to create one of the hottest sneaker collaborations of this year. New versions of Nike’s iconic Air force trainers are developed in tandem with Louis Vuitton.

The shoes are designed in a variety of 21 colourways, which were revealed as a part of Abloh’s spring 2022 men’s collection for the French luxury powerhouse, it released dozens of pairs of shoes at Louis Vuitton Menswear Spring 2022 runway show in Paris on June 24, 2021.

The photographs released by the brand showed different hues that included Brown, Purple, White, Yellow, Red, Green and Blue. Details on the collection includes the word “Air” written on the midsole, centred dual branded tongue tags, an array of materials and prints used on the upper part of the sneaker and also used a French word “Lacet” on the laces. These quotes marks on the sneakers are a signature of the Abloh’s brand Off-White, which had a successful collaboration with Nike. These sneakers hold a unique feature which is a small neon green serrated tag on the side, a label with the Louis Vuitton name and the Nike swoosh on the tongue of the shoe.

“A cultural symbol in its own right, today the Nike Air Force 1 serves as an objet d’art emblematic of self-generated subcultural provenance,” Vuitton said in its show notes, even referencing “hacking” in place of collaboration. 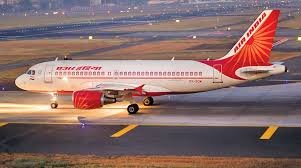