Cotton was already being used as a textile in Central America when the Spanish arrived in the 15th century. In 1548, some 20 years after their arrival in Nicaragua, the Spanish imposed a tax on the indigenous peoples which they paid in the form of textiles, among other things. Historians tell of the beauty of the indigenous fabrics, pieces of which are still in existence.

Cotton was cultivated and woven in Nicaragua until the mid-twentieth century. The kind of plant that grows in Central America is a 3-4 meter bush that yields small fibers that make fine fabric. Called Panilla (broiled), it is more laborious to spin than other species of cotton. It’s generally white in color but sometimes appears in brown, yellow and light green as well.

Archeologists have found evidence of early cotton textiles throughout Latin America. Some, such as the strips found in South American tombs, are undyed. Others were dyed with all manner of things, from plants to shells and even snails, which early artisans squeezed for their color before returning them to the sea.

It was not until the 19th century that chemicals were introduced into the cotton cultivation and dyeing processes. The 500-year-old fabrics dyed naturally, however, have preserved their color much better than those dyed with artificial means.

El Chile has been famous for its weavers for centuries. Historically, women who produced woven fabrics were called “Manteras.” The tradition was so strong in El Chile that it was one of the last communities to stop wearing homespun fabrics after the influx of pre-manufactured garments from England began in the early 20th century.

Nicaraguan textiles are characterized by their simplicity, in contrast to their northern neighbors in Guatemala who traditionally use bright colors and floral designs. According to former Minister of Culture Father Ernesto Cardenal, however, Nicaraguan weavers have also employed brighter colors in the past.

The traditional clothing of a Nicaraguan woman consists of a long and full cotton skirt and a short-sleeved cotton blouse. She is often barefoot. A traditional men’s ensemble is made up of cotton pants, a long-sleeved white shirt that has no collar and sandals. Since the weather in Nicaragua is hot, cotton is a fabric of choice. Even businessmen avoid wearing suit jackets in the warm climate.

Traditional Nicaraguan women’s clothing is adorned with bright colors and embroidery. Coordinating shawls and jewelry can be added, and many women wear bright flowers in their hair. This outfit is often used as costumes for traditional Nicaraguan dances. The woman holds both sides of the bottom of her skirt and sways back and forth creating a wave-like motion out of the fabric.

Men’s clothing is much simpler and, depending on location, can consist of either blue or white cotton pants paired with a white shirt and a red scarf tied around the neck. A guayabera is a more formal style of cotton shirt. It is a button-down shirt that is worn outside of the pants rather than being tucked in. The front and back have two pleats and are sometimes adorned with embroidery or pintucking. Guayaberas can also be found in other parts of South America, Spain, Mexico and the Philippines.

The vulture is dressed in a black bird outfit with a vulture mask. The female dress is a traditional, orange dress with black lines and flowers decorating the hair. This dance, according to a folkloric expert, is very old and has already disappeared from the popular traditions. Currently the dance is only performed in professional dances. The dance represents the death and the burying of the ‘vulture’, which is a negative person characterized by this carrion bird.

The “Las Inditas” dance is performed in a completely white dress, to which a large, red ribbon is added, as well as other decoration in the braided hair and a basket on top of the head. The dance is still performed in the traditional festivities in Masaya, and it represents the hard-working women in this town. Movements are slow and attractive, just like the traditional marimba dance. The dance is performed by either one or several dancers during traditional celebrations or during professional shows.

This dress is taken from the traditional clothing of mestizo or indigenous women. The dress is white with colorful lines on the upper and bottom parts. A black or red ribbon is added for further decoration, as well as flowers and earrings. The Trencilla dress is used in all types of marimba dances. These dresses, either masculine or feminine, demonstrate the ostentatious Spanish influence on Nicaraguan clothes. The woman uses a dress with a colorful skirt and with spangles decorating the outfit (which is also known as the “luxurious Indian dress”), accompanied by a sombrero with large feathers and a hand fan (also made out of feathers). The man has a white shirt with a dark cape (decorated with spangles), a sombrero with a red flower, and a large, folded ribbon on the chest. He wears white stocking, black, short pants, and shoes. This romance dance is gallant and sensual. The man dances with elegance next to neatly dressed woman, courting her with his movements while marimba music plays. This dance can be observed in presentations of folkloric dances by professional or amateur groups.

Again two different dresses for the two characters of this dance: a hard-working couple from the rural, northern region of the country. The woman is dressed in a skirt that is wrapped around her body, with a large kerchief at the top. She wears a long-sleeved shirt, earrings, and a bandana on her hear, while carrying a clay pot in her hands. The man wears long, white pants, a white (or light-colored) shirt, and a scarf around his neck. He carries a jícaro for water and on his head he wears a northern sombrero. During this gallant, sensual dance the hard-working farmer courts the industrious woman on a mazurka, polka, or Nicaraguan waltz rhythm. The dance is performed during cultural presentations, traditional festivities, or in professional dance plays.

The traditional costume of the Nicaraguan mestizo. The güpil is a simple shirt (with or without embroidery), worm with an embroidered underskirt. This combination (which can be either white or black) is accompanied by a scarf (around the waist), braided hair with flowers and other decorative items. The blouse has four openings: one on the chest, two at the back, and one at each shoulder, representing the four cardinal points to the indigenous people, according to investigators. The dancers perform barefoot or on sandals. Some güipil outfits are decorated with drawings of petroglyphs encountered in the country and other simple drawings surrounding them. A hand-fan or a clay griddle are sometimes used as well. The man accompanies in a simple white shirt and pants, plus a sombrero made from agave. The güipil shirt is used in combination with the other part of the outfit in marimba dances. Professional groups use these costumes, but other people also use it to dance marimba or other Nicaraguan music. 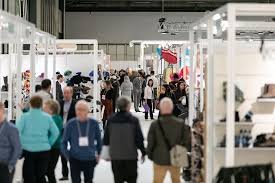 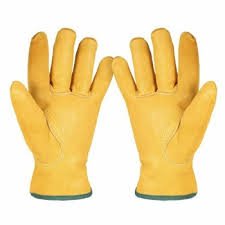 Spurt orders for industrial gloves being witnessed by India