India’s new Foreign Trade Policy (FTP) will come into effect from April 1 this year for a duration of five years and will strive to make India a leader in the area of international trade and channelise the synergies gained through merchandise and services exports for growth and employment to make India a $5 trillion economy, the ministry of commerce and industry said.

A meeting of the parliamentary consultative committee of the ministry was held recently on the issue. It was chaired by minister handling the portfolio Hardeep Singh Puri.

Improvements in the operations of the domestic manufacturing and services sector in combination with efficient infrastructure support by the government would result in correcting the imbalances within India and feed into the trade policy, a press release by the ministry said.

The District Export Hubs initiative will form an important component of the new FTP. The department of commerce through the regional authorities of the Directorate General of Foreign Trade (DGFT) has engaged with state and union territory governments to take forward this initiative and enable its implementation in a phased manner. ADIDAS ANNOUNCES RUN FOR THE OCEANS 2019 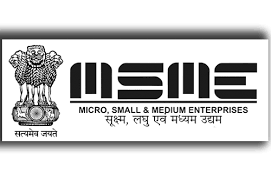