The government has set up an inter-ministerial committee of secretaries to look at a new export incentive scheme especially for the yarn and fabric sector in the wake of a 35% decline in cotton yarn exports in the first quarter of FY20.

The committee has been set up after the Prime Minister’s Office (PMO) took stock of the Rebate of State and Central Taxes and Levies (RoSCTL) scheme and the textile industry’s demand to extend the scheme to other segments of the textile value chain, which is in place since March for the apparel and made-ups sector. “An inter-ministerial committee has been set up to look at RoSCTL for all products including yarn, which is in trouble,” said an official in the know of the development. Exports of cotton yarn and fabrics declined 9.98% and 10.54%, respectively in July.

The development comes in the wake of the commerce department floating a cabinet note to replace the extant Merchandise Exports from India Scheme (MEIS), which was challenged by the US last year in WTO with RoSCTL for all exports in a phased manner. RoSCTL will allow reimbursement of duties on export inputs and indirect taxes via freely transferrable scrips. Scrips are incentives that can be used to pay duties. “Among textiles, cotton and viscose yarn are suffering. Cotton yarn exports attract 5-6% of embedded taxes, which are not refunded to the exporters at any stage,” said an industry representative requesting anonymity.

Moreover, the finance and commerce ministries are sparring over the phasing out of the MEIS and introduction of the new scheme, which is compliant with global trade norms.

“India’s textile and apparel trade gap with China, which is also a member of the Regional Comprehensive Economic Partnership agreement, has widened because India is losing its share of cotton yarn to Vietnam and Pakistan due to lower cost,” the industry representative said. 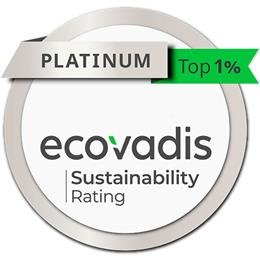 Jute Harvesting Gets Momentum in Upazilas of Narsingadi