The new foreign trade policy (FTP), which will come into force in October, is likely to provide support of at least Rs 5,000 crore to develop select districts as export hubs, official sources told FE.

This could be the most significant announcement by the government in the new FTP as far as fiscal assistance is concerned, given that most of the other key schemes involving even greater outlays have already been declared.

The assistance could be in the form of grants to states. The scheme to develop export hubs in various districts may be designed as a centrally-sponsered scheme (CSS) under which the Centre may extend about 60% of the funds and 40% will have to be borne by the states, one of the sources said. Initially, the commerce ministry may run pilot projects in about 50 districts across the country and gradually widen the initiative to cover more districts, he added. “A precise estimate of the assistance is still being worked out by the commerce ministry,” he added.

Currently, while states are being encouraged to develop key districts into export hubs, there is no specific central government support for this purpose. The likely aid under the new FTP is expected to encourage states to do their bit as well. 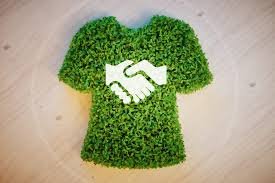