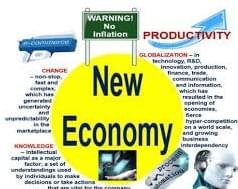 The contribution of high value-added industries to China’s overall economic input fell to its lowest in 21 months after consecutively decreasing for three months, owing to a decrease in capital inputs in the country’s new economy industries, reports Caixin.

The Mastercard Caixin BBD New Economy Index (NEI) measures labor, capital and technology inputs in 10 emerging industries relative to those used in all industries. The NEI plunged to a reading of 27.4, its lowest since the index was first released on March 2, 2016, indicating that the new economy accounted for 27.4% of overall economic input activity.

Last month’s fall in the index was due entirely to a large drop in the subindex for capital inputs, which fell to 26.1 in February from 31.4 the previous month. Among the three subindexes that make up the NEI, capital inputs have a weighting of 35%. Weavers and traders from surat continue to wrangle for transportation cost.