“The results speak for themselves,” says Irene Lopez, Director Sales &  Sourcing at Finsa Filtros Industriales S.L., distribution partner of the  GKD Group (GKD) in Spain for 30 years. Within just six months, the new doublebacker belt CONDUCTO®3322 from GKD was sold twelve times over during its market launch in Spain and Portugal. It has been installed in four systems belonging to renowned corrugated board manufacturers and is already far exceeding their expectations. In addition to significantly higher air permeability, corrugated board quality, and productivity than was achieved with previous belts,  customers claim that the GKD doublebacker belt also impresses with up to 50 percent savings in drive energy. Largely responsible for the rapid launch success is Corrugator S.L., a sought-after partner among corrugated board manufacturers for technical system support. The customers heeded the trusted advice of the technicians and decided to follow their recommendation to switch their doublebacker belt. A  decision that obviously proved to be the right one: Many of these customers have already recommended the CONDUCTO® 3322 within their global company networks.

The CONDUCTO®3322 was launched on the German market almost two years ago and is used by a series of large corrugated board manufacturers in  the heating and traction section as the top belt and occasionally as the lower belt. Its construction from two-and-a-half-ply hybrid mesh combines an internal structure of polyester monofilaments and bronze wires in the running direction with a warp of staple fiber yarn. In addition, the edge is reinforced with aramid. While conventional belts are up to eight millimeters thick, the CONDUCTO®3322 has a thickness of just 5.7 millimeters and, at a weight of  3.95 kilograms/square meter, it is also considerably lighter. Despite the low weight, its robust design guarantees the required even pressure for optimal contact between the corrugated board and the heating plates. This stability is due to a special thermosetting, which also avoids unwanted stretching. The key difference from conventional belts, however, is the high air permeability of the CONDUCTO®3322, which permits fast, full-surface moisture evaporation of the corrugated board. Thanks to the shorter drying time and improved processing quality, the systems can be run at a higher speed.  Unlike conventional belts, the new doublebacker belt also shows no tendency to clog.

The market launch in Spain by Finsa Filtros proved difficult at first, however,  recalls Irene Lopez. Potential customers always referred to Corrugator S.L.,  headed by Victor Ortiz: They didn’t want to make such important technical  decisions without the corresponding evaluation and advice from the experts.  Corrugator S.L. was founded in 1992 by Alfonso Ortiz in Guissona in  northeast Spain. It was built on the many years he had spent working for a  manufacturer of corrugated board and paper belts. The new company  specialized in manufacturer-independent technical support, belt assembly,  and repair with 24/7 service. It was also sales partner of a German  manufacturer of widely used doublebacker belts for many years. Victor Ortiz  has been working together with his father in technical support for 20 years  and is now the main contact for customers. Extensive knowledge of the  market and products make him a valued partner for checking and assessing  machine specifications or providing support for production optimization. The  special design of the CONDUCTO®3322 convinced Victor Ortiz immediately:  “The belt is really different from all the other belts from other manufacturers.”  On the basis of his many years of working with the doublebacker belts from GKD’s competitors, Victor Ortiz immediately recognized that: “There is no  other comparable belt!” That is what won him over as the new exclusive  distribution partner for Finsa Filtros and GKD for the Spanish corrugated  board market. In order to properly assess the doublebacker belt in detail, he  visited GKD’s ultra-modern production department in Germany. This resulted  in an in-depth exchange with the GKD technicians on the belt properties and  possible approaches for further development. Meanwhile, Victor Ortiz  introduced the CONDUCTO®3322 to his longstanding regular customers  and new interested parties. With his profound knowledge of the relevant  system landscape and production requirements, he quickly knew to convince  companies from reputable groups such as International Paper, Saica, Petit,  or Font Packaging, as well as independent corrugated board manufacturers  like Mora Y Goma or Xuker ASC 21 S.L. of the new belt. The robustness and  openness of the belt and the faster processing that these allow are unique in  Victor Ortiz’s opinion. According to the expert, another advantage of the  CONDUCTO®3322 is the effective dissipation of electrostatic charge. “The  customers can see the bronze filaments and we can prove dissipation using  test devices.”

High pressure to succeed when switching

These are arguments that also motivated Ricardo Pereira, Industrial Manager of Saica Pack Ovar, Portugal, to consider changing providers. With  an annual production of 90 million square meters of corrugated board, the  company based in Ovar in the north of Portugal is one of the biggest  manufacturers on the highly competitive and demanding Portuguese market.  For the production of its large portfolio, Saica Pack uses a 120-meter-long  corrugated board production system from Medesa (wet-end) and Fosber  (dry-end), which produces up to 250 meters of corrugated board per minute.  The eighteen-meter-long and 2.74-meter-wide heating section is an interfic  system with shoes. Major customers include a Swedish furniture store and Portugal’s leading wine wholesaler. Although the factory in Ovar hadn’t been  a customer of Corrugator S.L., Ricardo Pereira asked Victor Ortiz for help  with an urgent problem: In the production of a new coated paper, there were  significant quality problems and high levels of waste with the old belt that had  been used for many years. This paper is produced in all types and  grammages. Due to the low permeability, however, it was hard for the  moisture to escape, as the doublebacker belt that had previously been used  had insufficient permeability. To bring the paper onto the market quickly,  however, a reliable alternative needed to be found for production as quickly  as possible. Due to his many years of experience – especially with the belt  used previously – all hopes were placed in Victor Ortiz to find a suitable  solution.

He presented the CONDUCTO®3322 and recommended testing it for a  week. If the result didn’t meet Saica Pack’s expectations, the old belt would be refitted free of charge. “For a corrugated board factory that has been working with one type of belt for years, such a change is no easy decision,”  explains Ricardo Pereira. As a belt can affect all parameters of the system such as glue, glue application, temperature, etc. and these then need to be completely reset, this involves a risk that should not be underestimated. “For us, the risk was particularly great because our goal was a better quality corrugated board. However, we had to take the risk because of the quality problem with our new product,” recalls Pereira. In installing the new belt,  Corrugator S.L. quickly proved that it had been the right decision. “The belt allows us to produce this new corrugated board in the required high quality,  so we are adapting all parameters for the new belt,” was the verdict announced at Saica Pack in Portugal after a short time. Ricardo Pereira is also greatly satisfied in all other respects: “The special belt design with a  bronze filament ensures that the electrostatic charge of the belt is safely dissipated. Just by changing the top belt alone, we have reduced our energy  consumption by 20 percent.” He expects to be able to double this reduction again by replacing the lower belt with the GKD belt. “We hadn’t reckoned with that, it was a very positive bonus,” says Ricardo Pereira. Due to the greater permeability of the belt, it was also possible to cut glue consumption in the double gluer by ten percent. “Our quality goal was to maintain the evenness of the corrugated board because it was good. We also achieved  this flatness with the new belt, along with these savings, too.” Add to this the  significant increase in productivity from the CONDUCTO®3322, as Ricardo  Pereira calculates it: “With the new belt, we were able to increase the  operating speed for the new paper from 120 meters/minute to 180  meters/minute, which is an increase of 50 percent!”

Yet it is not only the new belt and the results achieved with it that justify the extremely positive conclusion. “I find it important to talk about the service,  too,” says Ricardo Pereira. In the past, the old belt lost the properties it displayed when it was installed after a time. When questioned, the previous belt supplier always told him that the only way to test the belt’s degree of permeability was to pour water onto it and count the seconds until it ran through. Victor Ortiz, on the other hand, measures the permeability of the doublebacker belt using a testing device, enabling long-term plannability of belt change and maintenance costs within the scope of regular inspection visits. “This is very important to us, as in the past, the first indicator we had that the belt needed to be changed soon as the poor quality of the corrugated board,” says Ricardo Pereira. He adds: “This service from  Corrugator S.L. is very, very good for us!” Saica Pack in Ovar produces two million meters of corrugated board per week. “We are still testing and are waiting to see how the belt performs in the next six months,” says the  Industrial Manager. He is not the only one filled with optimism by the guarantee of 50 million running meters for the GKD belt given by Finsa  Filtros. While he is already thinking about replacing the lower belt with a  CONDUCTO® 3322, several other factories in the Saica Group have already expressed an interest in this belt. “Without the experience and knowledge of  Corrugator S.L. and the customers’ trust in this competence, it would not have been possible to launch the new doublebacker belt onto the market so quickly,” says Irene Lopez from Finsa Filtros. The quality of the corrugated board produced with the CONDUCTO® 3322 and the savings and improvements in productivity that can be made will accelerate further market penetration accordingly. As will the close exchange between customers,  Victor Ortiz, Finsa Filtros, and the production and development departments at GKD. The advantages of this are clear for Ricardo Pereira: “The  cooperation with Corrugator and the new belt are the best way to serve our  customers.” 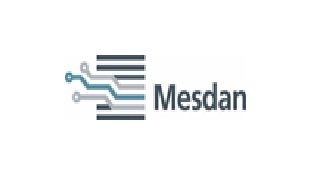