NCTO president and CEO Kim Glas recently announced its new officers, council chairs and board and executive committee members for the 2020 fiscal, according to a press release from the trade body. 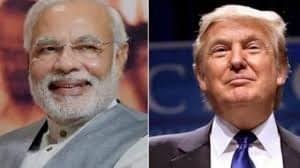