Today, the National Council of Textile Organizations (NCTO) and American Apparel &
Footwear Association (AAFA) sent a letter to President Donald J. Trump, opposing the
proposed escalation in tariffs for all U.S. imports from Mexico. As the representatives of
the apparel and textile supply chain, the organizations represent hundreds of thousands
of American jobs dependent on duty-free trade in the North American region.
Signed by the heads of both organizations, the letter states: “Raising tariffs on U.S.
imports from Mexico will hurt U.S. workers. Currently, hundreds of thousands of
American workers are deployed in production and other key value chains that depend on the North American trade partnership with Mexico, which is the market for half of all
U.S. textile exports.”
“NCTO is joining with AAFA today in urging President Trump to refrain from imposing
tariffs on U.S. imports from Mexico, an issue that is critically important to our
integrated Western Hemisphere supply chains,” said NCTO President and CEO Kim
Glas. “Mexico is the top export market for U.S. fiber, yarns, and fabrics and adding
tariffs on Mexican imports of apparel and home furnishings will only hurt the U.S.
textile industry’s growth and competitiveness and jeopardize jobs in both countries.”
“Further, these planned tariffs disrupt and distract congressional passage of the pending
U.S.-Mexico-Canada Agreement (USMCA), a key administration priority, which not only
strengthens the textile industry’s existing supply chain and our free trade partnership
with Mexico, but also helps to expand it,” Glas added. “We urge the administration to
support American workers by not imposing tariffs on U.S. imports from Mexico and
helping get USMCA over the finish line.”
“AAFA and NCTO often have different ideas when it comes to trade policy, however we
are totally united in opposition to the proposal to add tariffs on our products,” said Rick
Helfenbein, president and CEO of the American Apparel & Footwear Association.
“Potential tariffs on Mexico are an unwelcome and unnecessary tax on American
workers and consumers at a time when we should be focusing on the ratification of the
USMCA. Mexico is the eighth largest supplier of apparel and seventh largest supplier of
footwear to the U.S. market, with 35 percent of men’s and boy’s jeans and 15 percent of
work boots coming from south of the border. This move threatens our trade relationship
with Mexico and the competitive advantage that supports hundreds of thousands of
American jobs in the apparel, footwear, travel goods, and textile industries. We do not
believe that immigration policy and trade policy should be cut from the same cloth.” 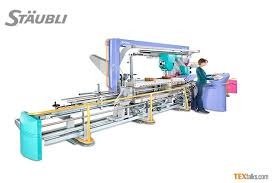 Anil Ambani and the loans borrowed

Ongoing Trends and Developments in Textile Industry in India