Navi Mumbai Gets Ready For Its Own IKEA Store Opening. Swedish furniture retail company IKEA will be opening its second store in India on December 18, 2020 two years after it opened its first store on August 9, 2018 in Hyderabad. This was the first of the 40 plus outlets the world’s largest furniture retailer plans to open in India. Here’s a look at what residents from Navi Mumbai and around can expect to get at their own IKEA store.

Swedish multinational IKEA’s first store that opened in August 2018 wasn’t its first time stepping on the Indian turf. According to the CEO of IKEA Group Jesper Brodin, IKEA has been sourcing from India for its global stores for more than 30 years.

IKEA invested Rs 1,000 crore on the Hyderabad outlet which spreads across four-lakh square feet displays over 7,500 products. The Navi Mumbai store is even bigger and stands at over 5 lakh square feet in size.

At the time of launch, around 1,000 products that were displayed in the swanky Hyderabad store cost less than Rs 200. According to an official statement, the Navi Mumbai store, will be employing close to 1200 coworkers out of which 50% are women.

On the other hand, IKEA store in Hyderabad, at the time of launch, directly employed 950 people, while an additional 1500 were employed indirectly in services. The company also recruited around 100 girls from the DISHA pilot project. At Navi Mumbai store, 40% of its staff are from the Navi Mumbai area and 70% of its support staff – mainly housekeeping & security are from in and around Turbhe and Ghansoli.

The store in Hyderabad, during launch, displayed two full homes that represented “Life at home in Hyderabad” and exhibited different room sets according to different sections of the house such as kitchen, bedroom, living room and children’s room.

The store at Hyderabad hosts a market hall where customers can purchase home kitchen utensils as well as other lifestyle products such as rugs, live plants, textiles, decorative items among others.

The IKEA store in Hyderabad opens throughout the week from 10 am to 11 pm, according to an official statement. 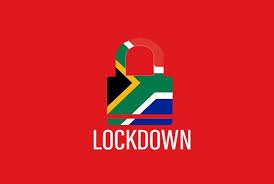