NATURAL FIBER AND ITS USAGE Natural fiber clothing is made from natural materials that have been used to make clothing for thousands of years. They are greatly elongated substances produced by plants and animals that can be spun into filaments, thread or rope. Woven, knitted, matted or bonded, they form fabrics that are essential to society. Plant fibers include seed hairs, such as cotton, stem fibers such as flax and hemp, leaf fibers like sisal, and husk fibers such as coconut. Animal fibers include wool, silk, etc.
COTTON
The fibers are cool, soft to the touch and comfortable use of clothing. They are highly absorbent, breathable, and can withstand high temperatures. Pima cotton, muslin, and lawn are thinner fabrics making them more suitable for curtains, drapes, valances, blinds, and tablecloths. Ladies are offered a large choice of solid and patterned cotton fabrics for dresses like lawn, voile, poplin, batiste, muslin, while men get to enjoy seersucker, poplin, gauze, and Madras. Sheer cotton fabrics are perfect for airy blouses, shirt dresses, and skirts. Eyelet variety allows more air to come through, also makes chiс apparel like shorts, dresses, and tops.
According to a report of Interagency Commodity Estimates Committee, Lyman Stone Global consumption projected for 2017/2018 is at 114.0 M bales. China consumption will go to 700,000 bales. India adjusts to demonetization and Cotton’s share of world fiber market continues to decline.

SILK
Silk is one of the oldest textile fibers known to man. The Chinese have used it since the 27th century BC. It has wonderful texture and luster. Brocade, damask, and taffeta are ideal for tailored curtains, pelmets, and cushions, whereas organza is the most suitable for drapes and bed skirts. Silk remains the “queen of fabrics”. They are soft and cool to the touch, natural sheen, less breathable than cotton or linen. Silk is luxurious, beautiful and keeps you warm in the cold or cool in the heat. Silk is all good for clothing, medical textiles, and home furnishings.
IBEF (India Brand Equity Foundation) market report had shown that, April-February 2017-18, export of silk and silk products from India stood at US$ 198.96 million In FY 2017-18 top five importers of silk carpet were US (US$ 1.40 million), UAE (US$ 0.95 million), Belgium (US$ 0.13 million), Germany (US$ 0.04 million) and Italy (US$ 0.03 million).
COIR
A coarse, short fiber extracted from the outer shell of coconuts, coir is found in ropes, mattresses, brushes, geo-textiles and automobile seats. Coir is used to make sacking, twine, doormats, and items such as bags and ropes. Coir can also be used in construction and to improve clays. It is good for controlling soil erosion. The fiber is obtained from the husk of the fruit of the coconut palm. After retting, the fibers are subtracted from the husk with beating and washing. The fibres are strong, light and easily withstand heat and salt water.

In the month of February 2, Kerala state had assured a second restructuring plan for coir sector, with a plan omnibus to the tune of Rs 1,200 crore for coir industry. For 2018-2019, the state has earmarked `211 crore for coir industry. Globally, about 1.1 million tonnes of Coir are produced annually, mainly in India and Sri Lanka. Its total value is estimated at $200 million.

Flax – When ripe, the plants are pulled from the ground rather than cut, to avoid loss of fibre length from the stubble left in the field. Pulling flax by hand is very laborious work.  It is one of nature’s strongest vegetable fibres, flax was also one of the first to be harvested, spun and woven into textiles. Flax has good heat conducting properties and durable. However, constant creasing in the same place in sharp folds tends to break the fibres. Flax is used for the production of linen and canvas, ropes and sacks.

France is the largest flax producer in quantity whereas China produces less quantity on the largest surfaces. China is a major buyer of raw flax for processing, with imports of 60 000 tons a year, including most of European flax fibres.

Hemp – A Hemp yarn is strong and has of all natural fibres the highest resistance against water, but it shouldn’t be creased excessively to avoid breakage. Hemp is quite unusual in that it is both very soft and durable. It can be used for many things from work clothing to home decoration such as table linens, dish towels and sheets. The fibre is used for the production of rope, fishing nets, paper, sacks, fire hoses and textile. It has a great lustre and dyes easily. Statista illustrates the total value of imported selected hemp products in the U.S. from 1996 to 2017. In 2017, the total import value of hemp products came to some 67.33 million U.S. dollars. Between 2000 and 2016, world production of Hemp fibre grew from 50 000 tonnes to more than 100 000 tonnes, almost half of it produced in China. Production in the EU was 30 000 tonnes. China is the largest exporter of Hemp textiles, mainly to Europe and North America, where the market for hemp clothing is growing rapidly.

Jute – The fibres are extracted from the ribbon of the stem. When harvested the plants are cut near the ground with a sickle shaped knife. The small fibres, 5 mm, are obtained by successively retting in water, beating, stripping the fibre from the core and drying. Due to its short fibre length, jute is the weakest stem fibre, although it withstands rotting very easily. It is used as packaging material (bags), carpet backing, ropes, yarns and wall decoration, fashion apparel, soft luggage. The threads made from jute fibre are used worldwide in sackcloth – and help sustain the livelihoods of millions of small farmers.

Ramie ­­­­­­– Ramie fibre is white, with a silky lustre, and is one of the strongest natural fibres, similar to flax in absorbency and density. Ramie is an extensive and durable fibre and can be dyed very easily, and is therefore more often used in decorative fabrics than as construction material. Applications are curtains, wallpaper, sewing thread and furniture covers, pillow cases, tablecloths, sacks and cable insulation. The main producers of ramie today are China, Brazil, Philippine, India, South Korea and Thailand.

Sisal -The plants look like giant pineapples. During harvest the leaves are cut as close to the ground as possible. The soft tissue is scraped from the fibres by hand or machine. The fibres are dried and brushes remove the remaining dirt, resulting in a clean fibre. Sisal produces sturdy and strong fibres that are very well resistant against moist and heat. Too coarse for clothing, sisal is replacing glass fibres in composite materials used to make cars and furniture. It is mainly used for ropes, mats, carpets and cement reinforcement.

Alpaca wool -Alpaca is used to make high-end luxury fabrics, with world production estimated at around 5000 tonnes a year. Alpaca fibres are durable and cheaper than cashmere.

In 2014, Peru exported $175 million alpaca fibre. Alpaca numbers in Australia are estimated to be between 170,000 and 450,000, with the higher estimate considerable in view that the sheep flock only numbers around 70 million. Wool ranging from 24 through to 26.8 micron is blended with alpaca. In volume terms Alpaca is middling amongst the animal fibres, on par with mohair and angora volumes. Some 80% of world alpaca production comes from Peru and Bolivia with three quarters of this production now going to China for processing

Angora wool -The silky white wool of the Angora rabbit is very fine and soft, and used in high quality knitwear

Abaca – This are for rope, abaca shows promise as an energy-saving replacement for glass fibres in automobiles.

Cashmere -Cashmere is exceptionally soft to the touch owing to the structure of its fibres and has great insulation properties without being bulky.

Mohair – It is usually a silk-like fabric or yarn made from the hair of the Angora goat. Both durable and resilient mohair is notable for its high lustre and sheen. Very fine and silky, mohair is noted for its softness, brightness and receptiveness to rich dyes.

Camel hair -The best fibre is found on the Bactrian camels of Mongolia and Inner Mongolia, and baby camel hair is the finest and softest.

Textile & Clothing industry ranks as the second largest polluter of the environment which has increased the relevance of Sustainability in this sector. When it comes to the sustainability of clothing, natural fibre clothing is generally more sustainable than synthetic fibres.

Innovation is the key to create trends and light holder to the future. The fashion industry, being a role model for trend creation is now heading towards the trend of Sustainability It’s high time for Apparel industry to focus on green fashion trends which can keep the mother earth safe and clean. Smart Sustainable fibres are the best solution for this emerging trend which will not only keep the environment clean but also it will offer most contemporary fashion with added functional features. Some of the innovative fibres include:

Rose fibre which is protein enriched cellulosic fibre made from the stem of Rose plant. It gives soft hand feels like silk, its natural flexibility gives a perfect fit to the body and has excellent colour fastness feature. Also, Rose fibre is good for people’s skin, it promotes regeneration and fast healing of skin tissues prevents bacterial growth and reduces odor.

Lotus fibres are extracted from lotus stem and feel like a blend of silk and linen. It has unique slub effect on the surface with a soft touch and lustrous look. Lotus fibres are extremely breathable and can be worn throughout the year. Fabrics made from lotus fibre are wrinkle-free, lightweight, water proof and has inherent anti-bacterial features. These innovative features undoubtedly make Lotus fibre a Smart Sustainable fibre.

Pineapple Fibre is also on the list of Smart sustainable fibre extracted from the leaves of Pineapple plant, called as Pina. Pina fibres are strong, shiny as silk, lightweight and easy to wash & care. Fibres are very fine and luxurious to touch which makes it an Elite fibre. Pineapple fibre is also an alternative to leather which is biodegradable.

These Smart Sustainable solutions will give a new shape to fashion in the coming year which will make consumers more demanding for these trends. 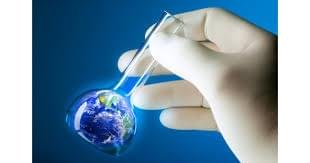 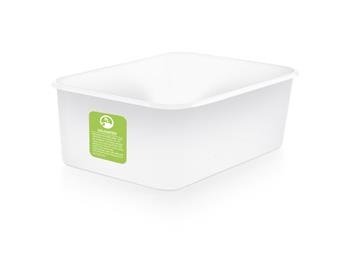