Dubai-based Seclink Technologies Corporation had emerged as the highest bidder for the project to redevelop the slum.

Mumbai’s Dharavi Redevelopment Project: On Thursday, the Maharashtra cabinet gave its approval to a decision to cancel the tender process for the long-pending redevelopment project of Mumbai’s Dharavi slum, and invite fresh bids. The decision was taken by a committee of secretaries in the month of August, according to a PTI report. An official statement said on Thursday, its decision was finalized to revise the terms and conditions as well as float tenders afresh. On October 16, 2018, the previous state government of Devendra Fadnavis had decided to redevelop the Dharavi area in the financial capital, which is considered to be Asia’s largest slum.

According to the report, Dubai-based Seclink Technologies Corporation had emerged as the highest bidder for the project to redevelop the slum which is spread over an area of 593 acres after the state housing department floated a Special Purpose Vehicle (SPV) for the redevelopment project in the month of November 2018. The Seclink Technologies Corporation, which is backed by the royal family of the UAE, had said it would bid afresh after the committee of secretaries decided to scrap the tender process.

The committee’s decision has been opposed by the Dharavi Redevelopment Committee, a federation of 52 associations of residents, saying it would further delay the redevelopment project which is pending for a period of 16 years. Under the proposed slum redevelopment project, as many as 67,000 families living in Dharavi were to get 350 sq ft houses, the report added.

Asia’s largest slum, Dharavi is located in a sprawling land piece of 2.40 sq km in the heart of Mumbai and at a stone’s throw from the country’s richest business district- Bandra Kurla Complex. The Dharavi redevelopment plan was first conceptualized in the year 2004 and since then it has become every political party’s top agenda and one of the key issues during polls in the state. 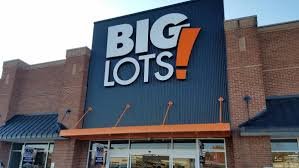 ‘Aatamnirbhar Bharat’ not to be inward-looking: minister