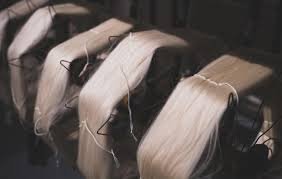 The Entrepreneurship Development Institute of India (EDII) recently announced a plan to set up a mulberry silk cluster in three villages of West Bengal’s Murshidabad district where over 550 artisans would be trained. A not-for-profit institute, EDII is sponsored by financial institutions like the IDBI Bank, the ICICI Bank Ltd and the State Bank of India.

The project was undertaken under the Scheme of Fund for Regeneration of Traditional Industries (SFURTI), launched by the ministry of micro, small and medium enterprises (MSME) in 2005 to promote cluster development, an EDII statement said.

Most of the artisans working in this area are poor and traditionally engaged in reeling and weaving. The EDII said it is reviving the silk cluster by providing technical support to more than 550 workers to produce silk garments and sarees. Of those artisans, 226 are women.

It is estimated that the turnover of the cluster would reach more than Rs. 8 crore per annum in the next five years, EDII cluster development manager Subir Roy said. Murshidabad district is traditionally known for its silk production. Govt to enlist a specialist to improve material area soon