More reforms must for India to be competitive: World Bank. 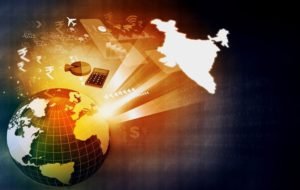 Reforms in land management and contract enforcement could be the next measures using which India can improve its ease of doing business ranking, according to World Bank president David Malpass, who recently said India needs to provide adequate resources to commercial courts at the district level for judgments to flow faster.

In its latest report released last week, the World Bank placed India at 163 and 154 positions respectively on enforcing contracts and registering property.

“With regard to land management reforms, digitisation of the land data and making the data readily available throughout India would facilitate the buying and selling of land,” Malpass told media persons in New Delhi.But India was on the right track, being among the 10 best-performing economies for three straight years, he said.

Malpass met Prime Minister NarendraModi and discussed the importance of data in India’s economy and public policy and challenges in water conservation, education and skill development, according to Indian media reports.

India rose 14 places in the 2019 ease of doing business index—it is now the 63rd best nation to do business in, up from 77th last year.Malpass also delivered a NITI Aayog lecture, where he praised measures by the government to ease the bankruptcy process and monitoring of assets. He encouraged the deepening of capital markets, including those for bonds and mortgages and pitched for the growth of private banks as well as stricter regulations for non-banking financial companies, which he said may entail some risk.

World Bank currently has 97 projects with over $24 billion committed in the country and Malpass said existing programs will continue. He added the body’s funding for India may grow by an estimated $5-6 billion annually. The 88th Congress of the International Wool Textiles Organisation was attended by the Falkland Islands Wool Company. Skill Development – Need of an hour for Tirupur Knitting Hub