Is Monogamy In Humans Natural?

A centuries-long debate has majorly resurfaced in the last few years that has people wondering if we’ve been doing romantic relationships all wrong. Now more than ever, people on social media are finding safe spaces to be open about the way they choose to love, and they’re being met with just as much backlash as they are with praise.

So which is it? Are we meant to stick it out with a lifelong partner forever, or do multiple partners equal long-term happiness?

The Benefits of Monogamy in Human Society

First, we must understand why monogamy as an institution has thrived for so long. By looking at history, it seems that the main benefit of monogamy has been practicality, simply put. It’s allowed married couples to increase their financial savings and investment potential, along with encouraging parents to be more involved in their children’s lives. And the benefit of familial bliss doesn’t stop there; according to Joseph Henrich, cultural anthropologist at UBC, monogamy has also lowered the rates of homicide, abuse, and child neglect, which is largely due to a reduction in the average household size and an increase in “blood-relatedness.”Another significant contribution of monogamy has been the decrease in women being viewed as a commodity and more so looked upon as an equal player in a partnership. “By decreasing competition for younger and younger brides, monogamous marriage increases the age of first marriage for females, decreases the spousal age gap and elevates female influence in household decisions which decreases total fertility and increases gender equality.”, Henrich explains.

Monogamy In The Wild

Is monogamy present in the wild? Yes and no. Monogamy isn’t an all-inclusive term when we throw non-human species into the mix. Biologists differentiate social monogamy from genetic monogamy when studying monogamy in the animal kingdom. Scientific Focus defines genetic monogamy as “a couple exclusively having sex and reproducing with each other.” In contrast, “social monogamy is a pair living together to mate, share resources and care for young.”

They also deserve how only 3 to 5 percent of mammals exhibit social monogamy, which is quite rare. Birds are technically the only species where it is the most common, with monogamy occurring in roughly 90 percent of avian species. You’re probably not surprised by this if you’ve ever idealized a penguin love story.

“Relationships’ are also wildly different in animals than humans. People may think of relationships as cohabitating, splitting the bills, and date nights, but animals can still be in monogamous relationships while rarely seeing each other. Shrews, for example, stick to one partner, but they only see each other once a year.

Polyamory falls on a spectrum. It can involve a couple who have the freedom to have casual romantic relationships on the side with others freely. Still, it can also be one relationship with more than two people. Like monogamy, sexual or romantic decisions are made with their partner or partners in mind to avoid anyone involved getting hurt. A harmonious polyamorous relationship requires a lot of communication and boundary-setting that makes respect for each other the top priority.This is not to be confused with polygamy, which is typically associated with religion and is an institution primarily comprised of men marrying multiple wives. While die-hard monogamists may preach about the lying, deceit, or unnaturalness of polyamory, fail to acknowledge that monogamy is built on the same core principles. A 2018 study that examined the relationships between monogamous people and non-monogamous people found no difference in the level of satisfaction of either group.

Is One Better Than The Other?

Well, that’s totally up to you. After exploring scientific findings and examining monogamy in a historical context, there’s no conclusive evidence that states monogamy is superior to polyamory or vice versa. Any relationship’s success is wholly determined by the people who choose to be involved in them, so that decision is yours to make.

It’s merely a preference, not so different than apples or oranges. If one makes you happier than the other, that is the right choice. In summation, as much as we’d like to compare the human experience, or our genetic expression, to that of wildlife, we are undeniably different. Our capability to love unconditionally is unique, but if we must draw on the wisdom of the animal kingdom, let us look to the Shrew and prioritize some “me time” every once in a while. 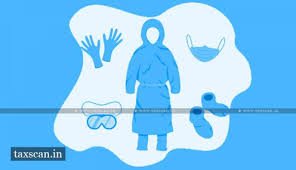 Flushable wipes: the answer to sustainability AGRI-BIO STARTUP, BIOPRIME AGRISOLUTIONS, RAISES INR 9 CRORE IN A PRE-SERIES A ROUND LED BY INFLEXOR VENTURES