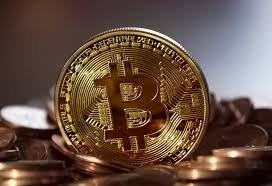 July was a bumper month for central bank digital currencies with at least seven central banks receiving press coverage. The Japanese,Jamaicans, Philippines and Cambodians updated on advances in thinking linked to their own exploratory programmes. The Chinese and French provided progress updates, whether that be the creation of consortia to explore the technology, as in the case of the French, or the establishment of pilot schemes, as in the case of the Chinese. Whilst the United Kingdom continued “Looking at the question of, should we create a Bank of England digital currency” following the closure of their own consultation period at the end of June.

These announcements follow the successful webinar held in late June convened by the authors Haydn Jones and Dr Maria Grazia Vigliotti, of “The Executive Guide to Blockchain”, a hugely successful publication launched earlier this year which, amongst others, covers the topic of central bank digital currencies. Chaired by the BBC’s Joe Lynam, and joined by Dave Birch, the panel debated the dawn of this new type of central bank money, and its impact on the economy, the banking system, and most importantly, the general public. If you missed the webinar, it is available here www.theexecutiveguidetoblockchain.com [1], where the book can also be ordered.

Since it’s launch in February, the book continues to sell well, with strong global sales, and remains a must read for those interested in this technology, and in particular its relevance to central bank digital currencies.

Haydn Jones is the Founder and Managing Director of Blockchain Hub. He has over twenty years’ commercial, operational and transformation experience working for retail and investment banks, a central bank, a regulator, a global management consultancy firm and a Japanese technology company. He has run cash management and funding units, as well as foreign exchange and equities settlement teams, alongside leading projects to re-engineer the underlying platforms. He has worked in architecturally complex, data rich environments, grappling with the challenge of reconciling legacy and leading edge technologies across client-sensitive platforms demanding high levels of availability.

Maria Grazia Vigliotti is the founder of Sandblocks Consulting, a boutique consultancy specialising in blockchain technology and smart contracts. Her career in computing spans more than twenty years, mainly as an academic at Imperial College London researching techniques for formal code verification and writing AI algorithms to aid in cybersecurity evaluations. She convened and led the development of the cybersecurity strategy for the entire British railway industry and worked on prevention of cryptographic attacks on the European Railway Traffic Management Systems (ERTMS). She has also advised most of the major players in the UK nuclear industry on smart device security.