On Friday, Punjab Minister for Industries and Commerce Mian Aslam Iqbal met with a team from the Pakistan Readymade Garments Manufacturers and Exporters Association (Prgmea North Zone) led by its chairman Adeeb Iqbal Sheikh to address issues affecting the garment industry.
The parent company of the Denizen and Dockers brands expects full-year adjusted earnings per share to range between $1.29 and $. In addition, the business expects sales to increase by 28 percent to 29 percent year on year in the second half of fiscal 2021. The business earned 23 cents per share on an adjusted basis, compared to 9 cents expected.
The minister stated that the government’s pro-industry measures were producing favourable outcomes. The world-class development work in Quaid-e-Azam Business Park was in full swing, and a multifunctional business centre was also being built there. All of Punjab’s dry ports will be completely operational, he said, adding that a third-party mechanism for boiler inspection had been implemented. 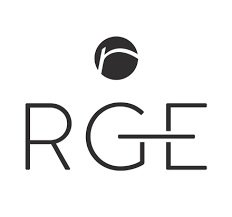 The income of Asos has increased by 27% Under Armour faces smaller loss than expected on e-commerce strength