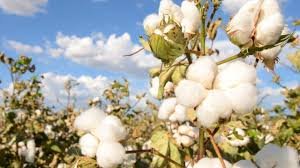 We expect a bearish trend in MCX Cotton Futures for the month ahead and technically prices can come down to Rs 15,000 levels with a resistance above Rs 16,800 levels.

Cotton commonly known as ‘Kapas’ in hindi is a Kharif Crop sown/grown in the monsoon season during the months of June to August. The major states constitute Maharashtra, Gujarat, Madhya Pradesh and Telangana, and the usual new crop harvesting period happens from October to February months of every year.

Other states that sow cotton in small hectares are Rajasthan, Haryana, Karnataka and Punjab. Sowing of Cotton depends on the monsoon season and the distribution of rainfall in various regions of the earlier mentioned states. Efficient rainfall with good amounts of water content in the topsoil and sub-soil improves the yield for sowing and eventually increases the production during the harvest period.

Price also plays a critical role that would determine how much sowing the farmers are ready to do in the above period. Higher prices is generally forecasted to increase sowing of cotton while lower prices can possibly lead to crop switching to other crops such as Soybean, Maize and Castor Seed in the major states respectively.

Cotton is also produced and exported in the international markets. The other major cotton producing countries are the United States, China and Brazil. India is also among the top exporters of cotton and future prices in MCX cotton also has a direct relation with the prices of cotton listed in the Chicago Board and International Commodity Exchange.

Unlike Cotton, cottonseed oil cake is majorly traded in the domestic market and not exported in the global markets.

MCX Cotton Futures traded lower during the month of June and later in the month of July witnessed incline due to higher sowing and increased demand from the textile industries in the domestic market respectively, as some of states have started to ease lockdown.

Moreover, easing farm activities in rural regions led to increase buying of cotton especially in the state of Gujarat; with easing tensions of lower supplies and arrival shortage, bringing support in prices in the July month.

At the global front, the demand for cotton had been reported to have increased especially China due to easing lockdown, though China has not begun full-fledged buying of US agricultural products based on the Phase 1 US-China trade deal. By July 14, MCX Cotton July futures price closed at Rs 16,060 per bale, higher by 2.75 percent compared to Rs.15630/bale reported on May 29.

Fundamentally for the month ahead, we expect MCX Cotton futures to trade bearish owing to forecasts of higher sowing of cotton in India in the major states of Maharashtra and Madhya Pradesh by 15-20 percent. Higher stocks reports from last of approximately 85-90 lakh bales (1 bale = 170kgs) for the year 2019-20, compared to 25-30 lakh bales for the year 2018-19 eventually to also pressure in spot and future prices. Knitwear Lab and AGR collaborate on a knitwear capsule collection 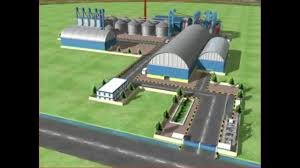