Nifty futures on the Singapore Exchange traded flat at 11,961, in signs that Dalal Street was headed for a flat start on Monday. Here are a few stocks which may buzz the most in today’s trade:

Wipro: The Bengaluru-headquartered IT firm may see its net profit in the quarter ended September decline from a year ago, but rise on a sequential basis. All eyes are set on the IT major’s buyback plan, deal wins and on the guidance for the current quarter and the fiscal year.

Sun Pharma: Leading drug maker Sun Pharma is recalling 747 bottles of generic diabetes drug in the US due to the possibility of the affected lot containing cancer causing nitrosodimethylamine (NDMA) above the acceptable intake limit, the US health regulator has said.

PVR, Inox Leisure: Multiplex operators are still awaiting nod from many state governments to resume operations even though the Centre has already issued guidelines with regard to reopening of cinemas and theatres.

ONGC: The government is considering changing the price formula for domestic natural gas to encourage investment in the sector, ONGC Chairman Shashi Shanker has said.

Magma Fincorp: Goldman Sachs India sold most of its 2.11 per cent stake in Magma Fincorp, a Kolkata-based non-banking financial company (NBFC). On Friday, it sold 53,95,905 shares of Magma Fincorp at Rs 33.08 per share. 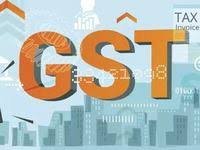 ITF APPEALS FOR REMOVAL OF ANTI-DUMPING DUTY ON VISCOSE FIBRE