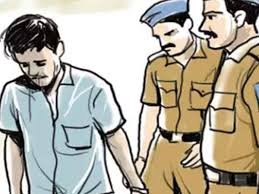 The CBD police have registered a case of cheating and forgery against a trader, who uploaded forged documents on government portal and obtained GST identification number (GSTIN) for his fake trading firm. Acting on a compliant by DilipAhire (49), the state tax officer at GST officer in Konkan Bhawan, Belapur, the accused, AjitKamble, has been booked under relevant sections of the IPC.

In December 2018, Kamble had registered for GST identification number for his firm M/s Delman Trading Company by uploading his photo with the electricity bill and PAN copy of an owner of a flat, unknown to him, in Vichumbe village, Panvel. He appended forged signatures of the flat owner on the NOC claiming that it was his firm’s office address and the property owner was his brother-in-law.

The state GST commissioner had directed to verify suspicious traders registering online for GSTIN. Kamble’s trading firm was one such suspect. The cops reached the office address and found two tenants residing there but no office. (CBIC) No Bank Quarantee for Cargo Transhipment Via 2 Neighbors