Malek Spinning’s stock rose 9.72 percent when it was revealed that the business will invest Tk 213 crore to enhance its manufacturing capacity in order to satisfy the rising demand for yarn.

The equities of the listed spinning firm closed at Tk 31.60 yesterday, up from Tk 28.80 the day before on the Dhaka Stock Exchange (DSE).

Malek Spinning’s stock has risen 54 percent in the previous month, prompting market watchers to wonder if some people had prior knowledge of this information. With 63,624 spindles, the company’s current manufacturing capacity is 35,000 kilogrammes of yarn per day, or 1.26 crore kilogrammes per year. The board of directors also agreed to build a new factory at Bhaluka, Mymensingh, with a total expenditure of Tk 213.19 crore. The project will include land and factory development, civil building, and other activities.
Malek Spinning intends to boost its production and sales income by 60%. The board of directors of the firm has authorised plans for a new business model BMRE that would produce value addition through improved product quality. Following the BMRE, there are projected to be 79,464 spindles, 2,000 of which will be rotor open-ended.
Malek Spinning intends to grow its manufacturing of a single commodity, yarn. The planned BMRE might be funded through internal generational funds as well as bank loans and other sources. “Demand for this product has clearly risen, which our team analysed, thus the board decided to go for growth,” Syed Saiful Haque said.
Last month, the business told its stockholders that JM Fabrics and Knit Asia will purchase yarn in bulk from Malek Spinning. Haque stated that because their production was halted due to the pandemic, they did not pay any dividends last year. “However, the situation has since improved,” he said. 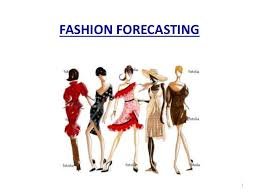