Starting Tuesday, the power loom units in Malegaon suspended operations indefinitely. The ruling will have a negative impact on more than 2.5 lakh people employed in these units, as they would not receive their salaries. Every day, 15,000 power looms manufacture grey cloth worth more than Rs 45 crore. This fabric is sold in states such as Rajasthan, Gujarat, and Tamil Nadu, among others.
According to Sajid Ansari, the president of the Malegaon Powerloom Udyog Vikas Samiti, numerous power loom groups have unanimously decided to halt operations indefinitely because their companies have taken a significant impact. According to Sajid Ansari, the finished product is still unsold due to low demand, and the cost of yarn has soared.
He went on to say that around 90% of the power looms have shut down operations as of Tuesday, with the remainder doing so as of Wednesday.
The proprietors of power looms have urged that the Centre promptly restart the mills run by the National Textile Corporation, which will allow them to obtain yarn at a lower cost. This is due to private parties selling yarn at a cost that many power loom owners cannot afford.
“There is also the smuggling of grey cloth from Bangladesh through West Bengal. Such fabric is sold at a lesser price than what we can supply. “The Union government must put a stop to this criminal activity,” Ansari remarked.
The owners of power looms also want the state government to grant them incentives to help them get through the crisis and to waive their energy costs for the previous six months.
Ansari stated that members of Malegaon’s several power loom groups would meet on Monday to define the future route. 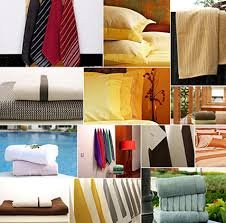