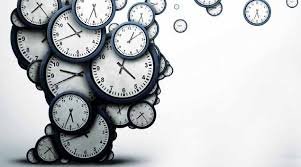 Cooperative spinning mills of the state did not have ginning facilities and could not procure cotton from their own members. Out of 130 mills, 66 are functioning and only 7 made profit; 42 Mills are closed/de-registered or under liquidation.

According to the state’s rules, 70% of cooperative spinning mills were to be set up in cotton producing areas. The CAG report found that a large number of the cooperative mills are located in non-cotton producing areas in violation of rules.Out of the 130 mills which receive state assistance, Solapur accounted for 40% of the mills although it accounts for less than one per cent of the area under cotton. While the Nagpur and Aurangabad regions account for 77% of the area under cotton in the state, the regions had only 45% of the mills, the CAG report said.

A test-check of 10 functional cooperative spinning mills by CAG found they had purchased 1,724 lakh kg of cotton during 2012-17 from within and outside the state “without giving priority to their own cotton grower members.”

One of the mills had bought viscose from private parties outside Maharashtra and had stopped procuring cotton, the CAG report found. In its response, the state’s cooperative and textiles department said that these cooperative spinning mills did not have ginning facilities and could not procure cotton from their own members.

Of these 130 mills, only 66 are functioning. And only 7 had made profits in the last five years. The CAG report also found that the state recovered barely any dues from the mills which have been closed or liquidated. As many as 42 of the 130 cooperative spinning mills with a liability of Rs 295 crore were closed, deregistered or had gone under liquidation, the report said. Fabric sales shoot up as people make masks at home