The LYCRA Company, a world leader in providing breakthrough fibre and technical expertise for the garment and care products industries, today announced victories in its continued global efforts to defend its intellectual property (IP), including patents and trademarks, from infringement globally.

The LYCRA Company has recently filed various enforcement action against third parties in China relating to its twin core and multi-core denim patents. These third party candidates were selling fibres and commodities that The LYCRA Company considered to be infringing on LYCRA® brand patents.

The Chinese National Intellectual Property Administration (CNIPA) recently issued an official ruling in support of two invalidity challenges to The LYCRA Company patents. Following that, the Jiangsu Authority notified The LYCRA Company that its claim had been maintained in both of these cases.

The LYCRA Company routinely analyses online markets for listings for textiles and clothes that aim to rely on its brands’ positive reputations to boost sales, despite its products not being utilised, as part of its ongoing effort to prevent brand misuse and trademark infringement globally.

Just fabrics and garments which have been evaluated and verified by The LYCRA Company to show they contain its fibres and meet the performance standards of its brands are permitted using its trademarks. Over the last year, the company has effectively eliminated 2,400 website postings and over 800 social networking sites identities and posts that violated its trademarks.

One of the marketplace websites, a large ecommerce site in China, responded swiftly to amend or remove any listings by third-party merchants with trademark dilution issues identified by The LYCRA Company.

“When our brand names are used on inferior items, it not only harms consumers’ perceptions of our brands, but it can also reduce the value of a consumer’s investments in our goods,” stated Julien Born, CEO of The LYCRA Company. “For decades, we have made substantial investments in development, identity, and promotion, and we will always fight to preserve and defend our intellectual assets to the greatest extent of the law.” 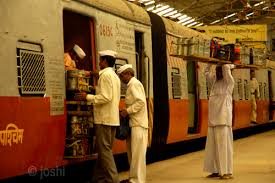