Loom on the path to Success, According to the Experts

The textile and apparel industry, which contributes 2% to the country’s GDP, is the second largest job creator after agriculture. Economic challenges caused by Covid have urged leading companies in the section to rediscover themselves, with spreading process from e-commerce behemoths. Kolkata: It is unavoidable to face difficulties in life. It is possible to be beaten. And Bengal’s apparel captains aren’t ready to give up the fight against a pandemic just yet. In fact, they are remaking and re-strategizing in order to provide opportunities in the midst of a crisis.
Lux Industries, for example, has increased its digital presence with the help of Amazon, Myntra, Flipkart, Ajio, and Nykaa Fashions. “Collaborating with e-commerce portals has increased the company’s overall accessibility and has benefited our brands — Lux Cozi, ONN, One8, Lyra, and Lux Venus — in particular,” said chairman Ashok Kumar Todi.
According to Vinod Kumar Gupta, managing director of Dollar Industries, a major challenge in the domestic market has led to increased in the prices of hosiery and knitwear products. “Yarn manufacturing in industries was halted during the lockdown.” Furthermore, the increase in yarn trade to Europe and the United States since October has contributed in a yarn shortage in the domestic market due to disruptions in domestic production as well as sourcing from China. As a result, hosiery brands have raised their prices,” he explained.
Rather than being paralysed by an unusual increase in yarn prices, Dollar Sectors shifted its focus to new business opportunities. “Athleisure has grown in popularity across demographics as work-from-home has become the new normal.” “We actually made ventures into this segment, and it now accounts for approximately 7% of our total revenue,” Gupta explained.
Dollar Industries, founded in 2008 as a one-stop shop for men’s, women’s, and children’s innerwear needs, has appeared as being one of the top brands in the handlooms segment, with an admirable 15% share of the market and a significant percentage of textile exports of total production in the Indian hosiery market. Because of the industry’s comprehensive presence on social media and e-commerce platforms, it has also emerged as the preferred Indian apparel brand in the UAE and West Asia. “We’ve partnered with Amazon, Myntra, and Flipkart, and our online sales have increased threefold,” Gupta said. Yarn price will not increase in April, mills assured. US garment chain Francesca’s is planning to shut 97.more store 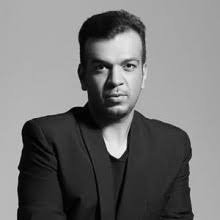