Looking to replace Chinese imports, US turns to Indian products. The US is looking to replace Chinese exports with Indian products in at least seven product lines.

Amid rising trade tensions, American importers of sports goods, toys, stationery, cables and electronics parts have reached out to Indian sellers of these goods as Chinese products become expensive due to the US-China trade war. The US is looking to replace Chinese exports with Indian products in at least seven product lines including vulcanised rubber, footwear and kitchen accessories. “Importers in the US have shown keen interest in our products in at least seven tariff lines,” said an official in the know of the details. “We have a five-six month period to make use of this opportunity before Vietnam and Cambodia fill in the space vacated by China.”

India exported these items worth $1.5 billion in FY19 to the US, and the industry is keen to ramp up capacity to meet the potential demand. “We are getting enquiries in large numbers from the US to replace Chinese exports of toys, footwear, and apparel and engineering goods,” said Federation of Indian Export Organisations president Sharad Kumar Saraf. “There is scope to increase exports of these products by 25%.” He added that the inquiries have increased since the US’ announcement to impose a 25% duty on some Chinese products. “Though it is difficult to put a number to the queries received, in case of footwear, an American importer wants one million pairs annually. This is beyond our existing capacity,” said an industry insider, requesting anonymity. Saraf said industry can meet the higher demand by increasing production by at least 20%.

The enquiries have come at a time when India’s exports to China declined in June & the country is also staring at a rapidly diminishing trade surplus with the US. Exports to China fell by a sharp 14.1% as the country struggled with the impact of the trade war with the US—its GDP growth slowed to a 27-year low of 6.2% in the June quarter. Separately, the department of commerce has identified 203 products where exports to the US could be increased by replacing Chinese exports as it already has market access for these items and is a competitor of China. “Moreover, China is now increasingly exporting more from Hong Kong and could use that route to export to the US,” the official said. India’s shipments to Hong Kong dropped 9.68% in June. As per the official, Beijing has already reduced prices by 4-5% so as not to lose market to Indian suppliers. Kingpins and ZDHC to host seminar on chemical management 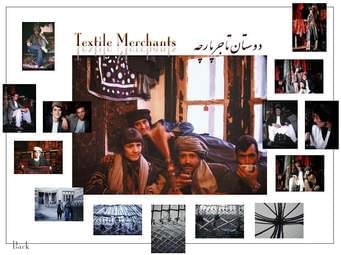