Two of India’s top automakers have reported first cases of coronavirus among their workers in less than two weeks of opening up after the government relaxed nationwide lockdown rules.

Maruti Suzuki India, which sells one in every two cars in the country, has said one worker at Manesar plant had tested positive and there was the possibility of a second case. A Maruti spokesperson said “more information was being sought”.
Hyundai Motor India, the country’s second largest car manufacturer, said on Sunday three of its employees have tested positive for Covid-19. And, test results of 16 more workers who possibly came into contact with the infected employees are expected over the next two days, a senior government official told Reuters.

Hyundai said the company started operations at its Irungattukottai plant, near Chennai, on May 8, and within the first week of operations three of its employees had shown mild symptoms of cough and cold. The firm said those employees were immediately asked to meet medical expert team for further evaluation.

“They subsequently tested positive for Covid-19 and immediate medical attention was provided. All three employees are recovering. As per safety protocol, essential information was shared with district authorities. In addition to that all the necessary measures are being taken for contact tracing, self-isolation and complete sanitization,” the South Korean automaker said.

The workers union Centre of Indian Trade Unions (CITU) has raised concerns on the safety of the workers at Hyundai. S Kannan, leader of CITU, said: “We are demanding the management to conduct test among all employees. We have also demanded the firm to contain the places where those who tested positive were working.”

Kannan alleged that while there were restrictions on number of workers allowed under the guidelines, more contract workers were working in the factory, which has hampered social distancing. He said the number of contract workers who joined work is not known, though.

Hyundai said the well being of ifs employees is of utmost priority to the company and “Hyundai is adhering to all the guidelines set by centre/state/district health authorities and has implemented strict staff protocols in relation to social distancing, hygiene, and travel to and from Hyundai facility”.

The country’s largest automaker, Maruti, had resumed operations at the Manesar plant near Delhi on May 12. Late on Saturday night, it said one employee of the company’s Manesar plant tested positive on May 22. The company spokesperson said: “His last attendance in the plant was on May 15 with normal health, after which his residence came into a containment zone and he did not join work thereafter. The company has informed the district administration. The employee has been admitted to a hospital and is stable.”

“There is no impact on the business operations of the company. The company has undertaken a contact-tracing exercise and out of abundant caution all employees who possibly could have come in contact have been advised to stay in home isolation,” the Maruti spokesperson added. 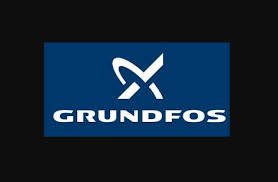 Eurowater to be acquired by Grundfos