Prime Minister Narendra Modi has helped the economy boom by providing various services in the public interest. One of the decisions were, providing loans to MSME’s without collateral, which in turn will help them and thus help businesses flourish. The loans were collateral free, and hence this raised a threat of rise in the NPA’s- Non-performing Assets.

The restructuring of loans has always been a debatable issue as it makes the risk higher of the adverse section. But to reduce the possibility of NPA’S a new concept has been launched, in which the bank and the borrower both are comfortable.

Every time a borrower borrows a loan, and due to certain issues is facing a difficulty in repaying it, the bank will be there to provide them extensions in various forms which will in turn help the bank in not rising the NPA tally. The government is too happy to announce this solution as this will not lead to a rise in the NPA and India Inc is also not complaining.

This solution is evidently a perverse incentive for such restructuring, so there is no need of objectivity in selection.  While the current crisis calls for universal restructuring, it should be consciously done, by separating the companies which have been hit by the pandemic and its fallout from those which were not doing well, yet require assistance as they have been pushed further back. The ones which were non-performing prior to the lockdown also require legitimate support as they can turn the corner if restructuring is done judiciously.

For giving and expecting the repayment of loans, it is necessary to have an objective approach, as any other formula is driven. There are 10 parameters stated by the government, each including a certain objective. The first five parameters mentioned could be used to derive the formula, while others would form the structure of such deals. A system which allows for subjective judgments carries with it the disadvantages that go with ‘groupthink’, where all merely agree because others do. The principled approach will be more targeted, as the more vulnerable sectors could get more liberal terms.

This formula driven process will clearly define the perimeter of allowances to be made. The government also would have an important role to play here by both providing a guarantee selectively as well as providing for an interest subvention so that banks do not have to bear the entire cost. 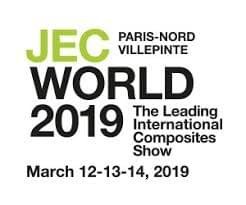