Lessons from Leading Events for Businesses 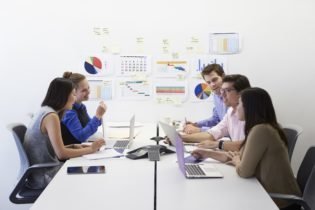 Recent global events this week serve as valuable lessons for entrepreneurs and businesses.

Yesterday’s India’s national election verdict in the largest democratic exercise in the world and todays’ Brexit outcome in the United Kingdom can serve as valuable lessons for businesses and in fact, all individuals.

India’s ruling Bharatia Janata Party’s (BJP), sweeping election victory, winning over 300 seats in the Lok Sabha, India’s national assembly, gaining the single most majority for the second time since the 2014 national elections has brought enormous recognition for India as a global player.

Prime Minister Narendra Modi’s image as a decisive and confident leader has in fact played the major role in this clear mandate in India. People look towards a leader who can inspire, as is evident from this recent event. In addition, a leader needs to show convincing leadership skills to clinch a deal. In spite of repeated efforts, Prime Minister Theresa May has not been able to convince her own party dissenters to help with a smooth Brexit divorce that has to led to the resignation of the Prime Minister from party leadership.

These political events clearly point to the importance of decisive leadership, which is a must for businesses as well. In an interview with David Rubenstein, Tim Cook, CEO of Apple stated that the reason he joined Apple when it was just emerging was due to the leadership of Steve Jobs. Steve Jobs was turning towards left when others were looking right, showing that he was a distinct leader who believes strongly in his conviction and vision that led Tim Cook to quit his job from Compaq, highlighting the fact that convincing leadership role matters in determining whether the election of a nation or creating a successful global corporation.

In looking at how global successful companies emphasize on the chemistry between its employees and customers, political parallel is how a leader connects with the stakeholder (people). This is clearly evident in Prime Minister’s Modi’s election victory and his marketing skills. While opposition parties formed a strong coalition to unseat the ruling BJP government, slick marketing campaign by reading the minds of people and capturing their sentiments helped with the huge victory–shows the importance of strategic marketing–a good lesson for businesses and start-ups.

Leading from mistakes, and swiftly making corrective course is a valuable lesson for the industry. Again, the recent election in India helps to learn. While losing the recent state elections, although by narrow margins in two northern Indian states of Madhya Pradesh and Rajasthan, strategic efforts to convince the voters within a short timeframe has turned the tide giving a major victory for Prime Minister Modi in these states, is a great lesson for leaders whether in industry or politics.

Understanding constituents that equates to learning from consumers using their feedback is valuable for start-ups as they improve their products and fix price points.

Surely, recent worldwide events give positive lessons for all of us. How we learn from these matters!