The demand for khadi apparel has witnessed a surge due to elections, with its sale registering a record high of Rs. 3,215 crore, up 29 per cent, in the fiscal ended March compared to the previous fiscal. According to Khadi and Village Industries Commission (KVIC) chairman Vinay Kumar Saxena, the khadi business registered a four -fold growth in the last five years. The sale figure was Rs. 811 crore in 2013-14. During summers, politicians and their supporters have to spend a lot of time under the sun because of which they prefer khadi, Saxena told a news agency. He said the demand for khadi is growing across the country, especially in Delhi National Capital Region, Uttar Pradesh and Bihar. Out of the total sale in the last fiscal, 40 per cent was of raw cloth, while the rest was of readymade apparels, he added. HEAT-MX WORLDWIDE announces that the company received ISPO TEXTREND TOP OF INNOVATION AWARDS in three of its product categories. 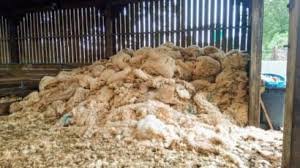 THE RISE OF ETHICAL LOUNGEWEAR DURING COVID-19