Khadi is gaining popularity as a sustainable fashion alternative As part of Mahatma Gandhi’s Swadeshi movement, Khadi became a symbol of resistance. It was considered to be a handwoven cotton textile manufactured from downhome thread prior to the American Revolution. However, it has come to mean clothing woven from silk or wool and spun into yarn on a charkha, or spinning wheel, over the years. Naturally, the cloth, which may have previously drawn people’s attention away from it due to its lacklustre appearance, is now piquing many people’s curiosity. According to a 2017 study published in the SSRN Electronic Journal titled ‘An Exploratory Study on Khadi Sector in India,’ the khadi industry has seen a huge increase in sales throughout the years. It made Rs 50,000 crore in sales in 2016-17. Uttar Pradesh is the leading producer of cotton khadi, followed by Tamil Nadu and Haryana, while West Bengal is the leading producer of silk khadi. Haryana, on the other hand, is the leading supplier of woollen khadi. Previously worn by legislators, khadi is now used to weave a variety of garments ranging from kurtas and saris to gowns, shirts, and skirts. In fact, a new brand of Indian manufacturers is currently emphasising khadi manufacture as an extremely trendy and sustainable alternative. Even Prime Minister Narendra Modi and other Bollywood celebrities are now pushing the use of khadi products. Designer Anavila Misra, whose beautiful khadi creations have been worn by celebrities like Dia Mirza and Konkona Sen Sharma, said that  “Khadi is stylish, but it’s how we understand and integrate this into daily lives that makes it eternally relevant.” It is the most appropriate and comfy cloth for the Indian climate and lifestyle.” Misra refers to khadi as the “fabric of India,” and believes it is now a “symbol of ultimate luxury.” “It is not only a symbol of the Indian handloom and craft sector; it is also a symbol of its tenacity and ultimate elegance.” I’m attracted to this cloth and the khadi way of life, so I started experimenting with it.” Khadi is more than simply a “voice for local”; it is also a key contributor to the rural economy. According to kviconline.gov.in, khadi employs a total of 4,98,158 craftspeople across industry zones. “At first, I was drawn to the look, feel, and originality of khadi fabrics.” Later, as I learned more about the procedures involved in making these fabrics, I fell in love with the amount of community outreach and the influence potential it had on marginalised communities,” Pathak adds.
“Weaving is made up of five processes, each of which requires personnel at a different degree.” Typically, the weaver’s entire family is involved in numerous stages. The weaver earns Rs 25 per metre for plain woven fabric and might make up to Rs 18000 per month. “At least 80% of cloth is sold as raw fabric to well-known brands, and the remainder is utilised for value-added procedures such as dyeing, printing, and embroidery,” he adds.
Greenwear has also introduced solar charkha or solar vastra’ to increase production and thus income, which can generate “four times more yarn than the manual current model charkhas and the drudgery implicated is considerably less, which might enable rural women to manage household commitments without hampering productive capacity.”
At the moment, [Greenwear] is collaborating closely with Bhartiya HaritKhadi Gramodaya Sansthan (BHKGS), which has taught approximately 3500 rural women across the country in the ability of spinning yarn on ‘Solar Charkhas.’ It gives three months of training before assisting these ladies by connecting them with credit intermediaries so that they might become proprietors of 10-spindle solar-powered Charkhas that are put in their homes. As a result, these women may work from home while caring for their families and doing their everyday tasks,” Pathak explains.
Notwithstanding such encouraging figures, Pathak claims that the share of khadi fabrics in total textile production in India is less than 10%. “If merely 5% of Indian villages become solar charkha clusters (about 30,000), it can generate 180 crore kg of cotton yarn — nearly 50% of India’s current cotton yarn capacity — and provide a livelihood for 1.2 crore rural Indians without requiring them to leave their communities.” 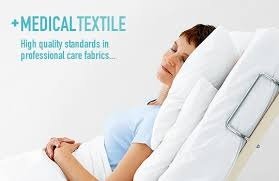