India and the United States have reportedly resolved most of the important trade issues, facilitating an ‘initial trade package’ offering both sides equitable market access. The progress is said to have been made during a meeting between Indian commerce and industry minister Piyush Goyal and US Trade Representative Robert Lighthizer in Washington DC this week.

A day after the meeting on November 13, Goyal and Lighthizer had another follow-up telephonic conversation. Indian officials from the ministries of agriculture and health and the Indian Council of Medical Research also participated in the deliberations, according to a news agency report.

An US delegation is scheduled to travel to India next week to give a final shape to an ‘initial trade package’, which will pave the way for a major trade pact between the two sides.

Trade issues began between the countries when the United States imposed high customs duties on certain steel and aluminium products, which are affecting India’s exports of these items there. The United States also rolled back export incentives for Indian exporters, under its generalised system of preferences (GSP) programme. In retaliation, India imposed high customs duties on 28 US products. 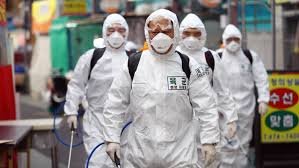 A dress that takes care of the country: Why it is basic to help the nearby organizations at this moment