Kerala has allocated ₹112 crore for the coir sector for fiscal 2021-22. This includes ₹41 crore for mechanisation and ₹38 crore as price fluctuation fund. In addition, ₹50 crore from the Coir Board for cluster formation and ₹100 crore from the National Cooperative Development Corporation will be made available, said state finance minister TM Thomas Isaac.

At least 10,000 additional jobs will be generated. Coir workers in the state are getting ₹300 a day with the assistance of Income Support Scheme and that will be raised to an average of ₹500 without any subsidy, Isaac said.

The budget also proposed to set up an extensive coir cluster on 10 acres at the Industrial Growth Centre, Pallippuram. A factory for the commercial production of coir binder-less boards will be set up at Kanichukulangara. Besides, ten mechanised cooperative production factories will be started in 2021-22. A special scheme for the renovation of small-scale production units will be formulated. For this, ₹20 crore has been earmarked.

To expand the market for geo-textiles, a coir fair will be organised digitally in Alappuzha in February. ‘ 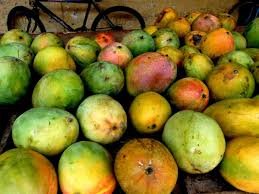