Cotton growers in Lamu County have petitioned the National Government to subsidise agricultural inputs so that they may continue to cultivate the crop in the nation.
This follows the county government’s increased attempts to revitalise the industry, which began with the distribution of free hybrid seeds to cotton growers in order to enhance productivity.
The new cotton seed type is estimated to yield 800 kilogrammes per acre, compared to the old seeds’ 250 kilos per acre yield. Cotton producers were able to earn Kshs. 48, 000 per acre from the crop last year, however their margins were mostly consumed by farm inputs and other overhead expenditures.
Lamu County in Kenya is projected to produce less than 35% of the country’s total cotton output. The county produced 800,000 kilos of cotton, compared to a target of 3 metric tonnes for 2020. “As things stand, the country lacks a cotton producers organisation that might assist in addressing difficulties affecting farmers and the sector in general,” farmer Mwangi Migwi says.
According to Lamu Deputy Governor Abdulhakim Mbwana, free cotton hybrid seeds encouraged farmers to produce cotton. Cotton cultivation in the area may easily account for 20% of the county’s GDP, with earnings reaching Kshs. 200 million. Cotton farming in Lamu’s Mpeketoni region peaked in the 1980s and 1990s, accounting for at least 1.4 metric tonnes.
Tejal Dodhia, Managing Director of Thika Clothing Mills Limited, praised the county’s efforts to revitalise the sector. The business would buy cotton directly from farmers for Kshs. 50 per kilo, an increase over the meagre Kshs. 38 per kg they have received in prior years. The National Government has given approximately Ksh 140 million to boost pesticide and hybrid seed research and cotton farming development. 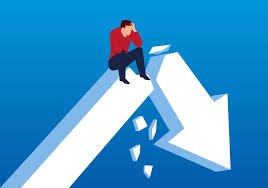 Gildan has joined a cotton initiative headquartered in the United States