When white-fluffy balls carried by shrubby plants began to vanish from farms in Kenya’s eastern lowlands about three decades ago, so did processors, cooperatives, and other important value chain operators who had kept the cotton industry humming.
As time passed, the scenario would spread to the rest of the country’s 24 cotton-growing districts, leaving farmers penniless due to lost income.
The government has approved the commercial cultivation of genetically modified cotton, after recording positive results from field trials within five years. Average production of cotton is also forecast to climb up from 20,000 bales (about 4,340 metric tons) per year to around 200,00 bales.
The cotton sub-sector in Kenya has been beset by decades of misfortunes that had bedeviled the cotton sector for decades. Fortunately, despite the previous sorry state of affairs, the white cash crop is looking to reclaim its position among Kenya’s top foreign exchange earners thanks to improved varieties. Farmers hailed the rollout of new certified seeds to replace the long-standing conventional seed in the past year.
Kenya joins six other countries in allowing for the commercial cultivation of genetically modified cotton. The cotton supply chain started experiencing difficulties around 1990 when trade was liberalized rendering the agency tasked with cotton management ineffective. Since then, farmers have been grappling with poor seeds, low prices, and chronic pest attacks, while ginneries have been running with obsolete machines and insufficient material.
The seeds have been improved with BT (Bacillus thuringiensis) gene to provide inherent resistance to a damaging caterpillar pest popularly known as bollworm. Peter Kingo’oo, manager of a ginnery in southeastern Kenyan county of Makueni said the new cotton varieties will steer the sector toward a profitable path. 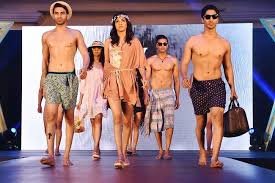