Kaushik Basu warns against overdependence on RBI for stimulus NEW DELHI: The bulk of the responsibility for the economic stimulus package should be shouldered by the government and only a small part of it should be monetised, former World Bank chief economist Kaushik Basu said, cautioning against relying on the Reserve Bank of India (RBI) for every fiscal issue.

He said there is a case for more stimulus measures, endorsing the steps announced on Wednesday for micro, small and medium enterprises (MSMEs).

“The additional amount is about half of that—a lot of it was already committed, a lot of it is on Reserve Bank. If it is really half of that, then that’s not enough, you have to step up,” Basu said on Thursday at a webinar hosted by Bennett University, part of the Times of India Group that publishes ET. The webinar, organised by the management school of the university, was on the theme ‘Jaan bhi, Jahaan bhi’ and dealt with Covid-19 and its economic implications.

Basu said a small part of the stimulus could be monetised by the RBI. This would entail the central bank printing money but “you have to keep a lid on that,” Basu said. “Inflation could fly out of control and the Reserve Bank needs to keep the rupee stabilised,” he said, cautioning against too much reliance on the central bank. “If you keep knocking on the door of the central bank for every fiscal problem, you’re going to weaken that (savings and investment rate). And our investment, which has come down, if it derails over here, our growth is not going to pick up.”

Basu was chief economic advisor of India during 2009-12 and is currently professor of economics and Carl Marks Professor of International Studies at Cornell University.

The government has so far not said it will monetise the fiscal deficit. Basu said liquidity measures will cause prices to spike down the line and the government should be prepared to deal with this. “Inflation will pick up, not just now but a few months into the future… This is just an early warning so that we can begin to put our brains behind this challenge,” he said 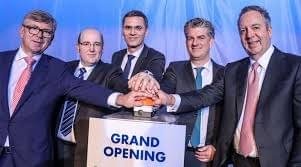 TIMEZONE TO ENTHRAL FAMILIES AND KIDS IN RANCHI