Karnataka changes stand: No ban on flights from 5 states, only bound it The Karnataka government on Thursday clarified that they have not banned air travel from five states including Tamil Nadu, Maharashtra, Gujarat, Madhya Pradesh and Rajasthan, and have instead asked for limiting of the number of flights from these states. In a press release late
on Thursday evening, the government said, “The State Government has
requested the Civil Aviation Ministry to reduce the number of flights, emanating from Maharashtra, Tamil Nadu, Gujarat, Madhya Pradesh and Rajasthan to Karnataka, in view of the high number of Covid-19 Cases prevalent there. In a clarification issued to the Media this evening, the Minister for Law and Parliamentary Affairs Mr J C Madhuswamy has said that Karnataka has not sought for imposing a ban on flights emanating from these places, as reported in some sections of the Media.”
This new statement comes hours after Law and Parliamentary Affairs Minister JC Madhuswamy said that the state cabinet had taken a decision to ban flights from these five states, as a lot of travellers from these five states were testing positive upon their return.
The press release however went back on this and clarified that there was no ‘ban’, “Karnataka has appealed to the Civil Aviation Ministry to take steps to lessen the air traffic to the State, with the sacred intention that there may not be adequate quarantine facilities, if there is huge turn out at a short span of time,” the release said. “The Minister also said
restrictions have also been imposed for people coming by road from the States of Maharashtra, Tamil Nadu and Gujarat to ensure adequate quarantine facilities,” the release added, referring to JC Madhuswamy. The Karnataka government had already restricted people from Tamil Nadu Maharashtra and Gujarat from entering the state via road. When the standard operating procedure was issued for air travel, Karnataka made it mandatory for those from Maharashtra, Tamil Nadu, Gujarat,
Delhi and Madhya Pradesh to undergo mandatory 7-day quarantine. 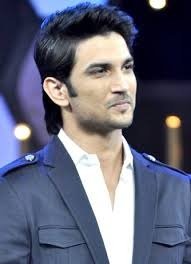 Sushant Singh Rajput paid more than Rs 4 lakh as rent per month, was he under financial stress?