With few orders in hand and lack of labour, tanneries in Kanpur will start functioning from Friday after over two months lockdown. Around 261 tanneries in the city had been shut since March 21 due to Covid-19-induced nationwide lockdown.

Though the tanneries have very few orders in hand right now, they are pinning hopes on leather units catering to the defence sector and police for safety shoes. According to them, despite the lack of demand from domestic and overseas market, the demand for defence and security sectors will continue. It will help them minimise losses to some extent. The leather produced in these tanneries is being consumed by shoe, saddlery and accessory makers worldwide.

According to tannery owners, labour shortage would be the biggest issue before them to start work at the old pace. The lockdown has led to large-scale migration of tannery workers to Bihar and Bengal. Around 200,000 full-time and 800,000 part-time workers are employed in Kanpur’s tanneries.

According to Naiyyar Jamal, vice-president, Jajmau Tanners Association, tannery owners managed to pay salaries to full-time workers during lockdown but part-time workers fled due to the crisis. He said most of the workers who operate machine and transport raw material are from Bihar and their coming back is not possible at least for the next few months.

On the issue of losses in the tannery business, Jamal said the lockdown was declared all of sudden that left the units with no time to save perishable raw leather. Besides, chemicals like Sodium Sulfide used in leather tanning also expired during these two months. He said this year the tanneries could function just for one month, due to issues like hold-bathing dates and fault in the sewage treatment plant. With Kanpur tanneries functioning irregularly, domestic shoemakers started placing an order with units in Bangladesh and Chennai, said Jamal. Carnet by Ratti Group teams up with Bemberg™ for its ultimate collection of premium, exclusive, responsible lining fabrics launching a bedding and bath collection 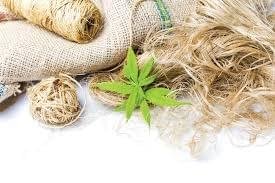