India’s factory output, measured in terms of the Index of Industrial Production (IIP), rose 13.6 per cent on a year-on-year basis for June, which is lower than the previous month.

For June 2021, the quick estimates of IIP with base 2011-12 stands at 122.6, a statement by statistics and programme implementation ministry said.

The IIP for the mining, manufacturing and electricity sectors for June stood at 105.5, 121.0 and 169.1, respectively. The manufacturing sector’s output surged 13 per cent, mining output rose 23.1 per cent and power generation jumped 8.3 per cent in June.

The IIP had contracted 16.6 per cent in June 2020.  During April-June this year, the IIP grew by 45 per cent against a contraction of 35.6 per cent in the same quarter last year.

Nish Bhatt, founder & CEO, Millwood Kane International, said the June IIP data at 13.6 per cent is mainly on account of ease in lockdowns, favourable base.

“The industrial production data is expected to improve further as the vaccination drive covers a larger part of the population, Capex cycle picking up. A fall in inflation and recovery in IIP will help the central bank to continue with its accommodative and easy monetary policy till growth picks up completely.” 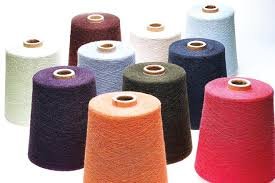